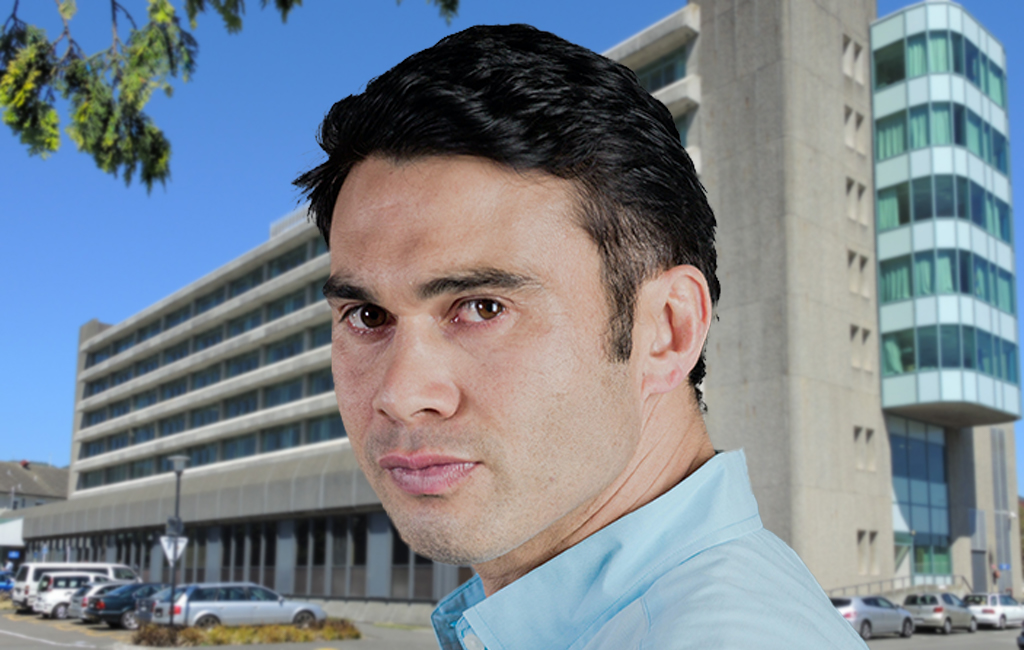 WHERE DO YOU NEED ME?

After the government weirdly announced that the TV programme Shortland Street will be part of a push to get more people working in healthcare, doctor TK Samuels has inadvertently ended up standing at Hutt Hospital reception in a confused state.

“I was in Wellington and it sounded like an emergency, so I just turned up!” he said while looking around at the other people at reception, kindly signing autographs while he was there. “The call out didn’t make a lot of sense really, but sometimes you just have to react.”

It happened as TK was visiting the Wellington region to see family, and he was driving from Wellington Airport towards town. “I got a call from my manager at Shortland Street while I was driving. I told her I was heading to the Hutt to see my cousin, and that was when things got weird.

“I was going through the Vic tunnel so I couldn’t make out all of what she was saying. All I heard was something about Jacinda needing us because there was a crisis, and then a mention of the Hutt.

“So obviously I’m thinking that I’m needed in the Hutt, but before I could call my manager back to get the full story my bloody phone went flat and I left my charger at home!

“Didn’t really have any other options after that. Knew I needed to get somewhere in the Hutt so assumed Hutt Hospital would be the logical place”, said TK, still visibly anxious about where he’s needed in the current crisis.

“Just assumed they must have been desperate just to get someone in to do a shift. Don’t know how useful I’ll be at short notice, but I’m here now so I’ll do what I can to help out”.

Our reporter on the scene was then kind enough to fill Mr Samuels in on the details about what the government was thinking about doing, as far as promoting health jobs with the help of the Shortland Street TV programme. A wave of relief washed over the man, as his expression visibly relaxed.

“Ahh okay that makes a lot more sense. Because I’m not actually a doctor”.