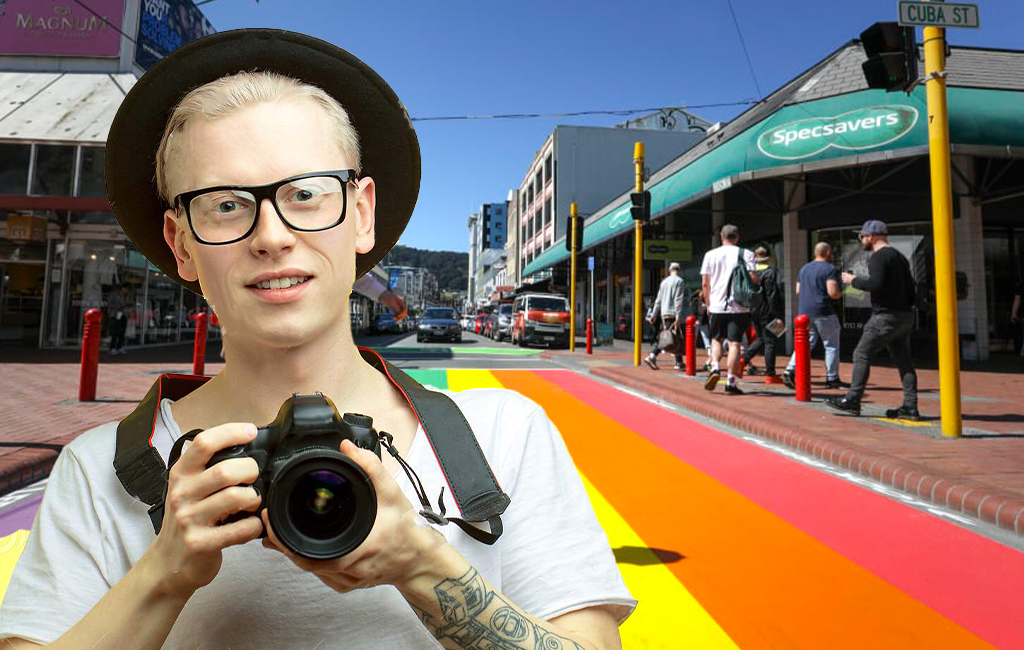 Lukas Schneider didn’t realise the trouble he was about to cause.

That’s because the 26 year-old from Frankfurt Germany outlandishly claimed that New Zealand’s coolest little capital Wellington, could in fact be beaten on a good day.

The Whakataki Times reporters caught up with Schneider on Cuba Street, where the sun was out for a period of time.

“I was having a chat with a group of people outside Hotel Bristol at lunchtime. I discussed how I was on a four month trip around NZ and I explained to them I was enjoying that the sun was out for once, and then they replied ‘Yeah, you can’t beat Wellington on a good day.”

“I asked them to explain what they meant by that and they started explaining how Wellington is basically unbeatable anywhere in the world when the sun is out, to which I disagreed.”

Schneider’s problem is that he doesn’t realise how passionate Wellingtonians get about its weather when the sun is out, and find it impossible for anyone to disagree that in fact there may be better places in the world when Wellington showcases its sun.

“Then all of a sudden they were coming for me, saying things like ‘Name one place in the world where it’s better then’. I started saying I thought Rome in Italy was way nicer, along with Florence. Even Avignon in the south of France looks better than some old and rundown buildings along Cuba Street.”

As our reporters attempted to quiz Schneider about other places in the world where it was better than Wellington when the sun was out, the tourist was forced to make a swift exit, as he noticed an angry mob beginning to form.