Two Men Agree To Future Beer With No Set Date 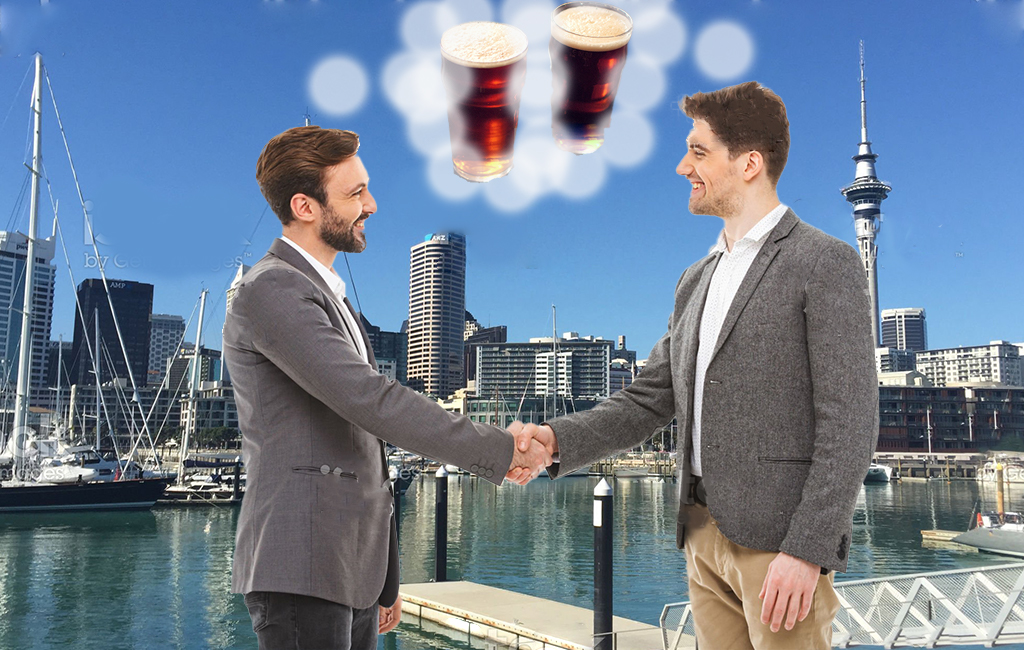 WILL DEFINITELY CATCH UP SOON!

Jake Adams and Mark Parkin, both 26, hadn’t seen each other in a very long time.

But after the two high school acquaintances bumped into each other on Queen Street in the Auckland CBD, they both agreed on something that most definitely won’t happen. A future beer together with no set date.

“Oh gidday Jake, long time no see! How ya been mate?” Parkin asked, not fully knowing if the two of them were still Facebook friends or not.

“Mark, good to see you again. Gee, feels like we haven’t caught up since high school. Saw you and your girlfriend got engaged recently.”

As Mark realised both were still Facebook friends due to the fact he’d made reference to his engagement, which was announced over the platform a month ago, he then suggested a future catch up, despite both of them not seeing each other or attempting to catch up for the past nine years since they left Auckland Grammar.

“We should grab beer sometime soon Jake. Would be good to catch up with you properly.”

“Absolutely, it’s been way too long aye. I’m pretty snowed under with work at the moment. But I’m sure I can find the time around it,” lied Adams who likely won’t make an effort with his former friend, due to the fact they’re just in different social circles and have made minimal contact in nearly a decade.

“Yeah mate, sounds really good. I’ll be in touch at some point. It’ll be good to finally have a proper catch up and a beer.”