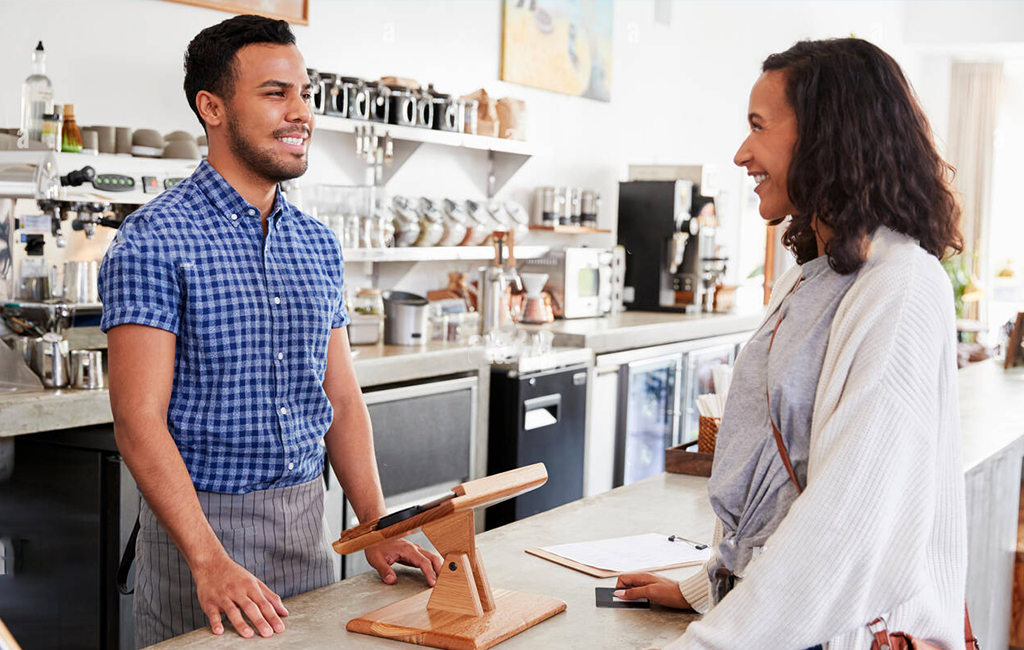 Wellington-based caffeine addict Katy Wilkinson has remembered what it’s like to be part of a normal society today.

As she ducked out of her Willis Street office and went to her usual Mojo coffee shop at 10 o’clock, she was blown away to remember that barista Darren, who was now unmasked, possessed a nose, mouth, cheeks and chin.

“It’s so weird to see people’s faces again! Ahh it’s giving me anxiety,” she laughed. “I don’t think I’ve ever seen you without a mask on Darren!”

As she uttered this sentence, she was acutely aware that the sound coming from her mouth was not being muffled by the minimally effective cloth mask she usually wore to the coffee shop. In fact, Wilkinson was able to project a clear sentence, while movements of her mouth and cheeks provided a subtle nuance to the communication.

It was almost as if she was having a normal interaction with another human being.

Darren was also pleased with this new development in society, following the government’s months-overdue decision to drop the covid traffic lights. “Oh it’s great! Feel like I can actually do my job properly now and talk to people! And I’m not feeling out of breath from inhaling all my own carbon dioxide either!

“To be honest, the best thing about this is when people tell me what kind of coffee they want, I can actually hear them! With the masks on I had to say “what was that?” to every single customer. Basically each order took double the time to make!”

However many people continued to come in and make their orders with their masks still on, believing that this was somehow an “act of kindness”. Time will tell how long they will keep up the charade as every other unmasked person looks at them with a fully unobscured puzzled expression.

“I give it a week,” said Darren as he opened the shop’s third carton of oat milk for the day. “They’ll get awkward and self-conscious and move on to the next virtue signal that comes along.

“Always the same with these people”.