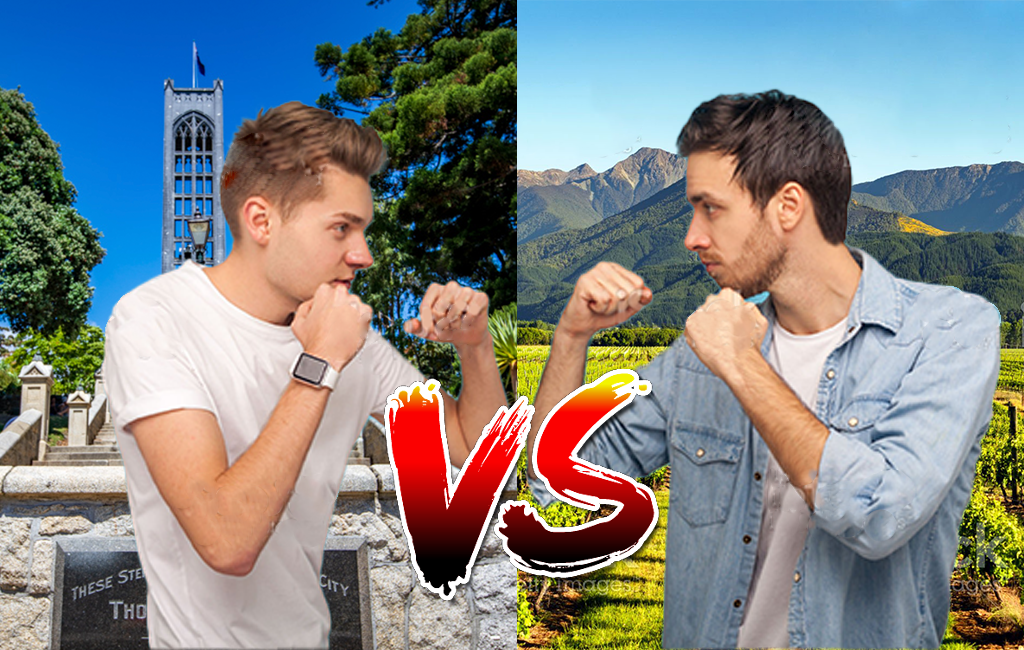 Kade Hawley and Dillon Young, both 26 from the Tasman district were at absolute loggerheads in Nelson this afternoon.

The men, who are old friends, found themselves in a heated argument after 10 plus beers about which of their towns gets the most sunshine hours. As Nelson and Blenheim are both known for their fine weather, the conflict was bound to happen eventually.

Nelson and Blenheim often record an average of 2500 sunshine hours per year according to the New Zealand Climate Summary, but with data unavailable this year, it has been alleged that Hawley threw the first punch in an ugly display of climate-fuelled chaos.

“Don’t believe those stats. How come we have all the wineries over here then?” yelled Young, a former Marlborough Boys High School student, as he scrambled up off the ground at Victory Park.

“What about the beaches? Can’t call yourself a sunshine city without a proper beach!’ Hawley yelled, before being wrapped up and rag-dolled to the ground by Young.

After they each got a couple more good hits in, the scrap was eventually broken up by a local dad out for a walk with his dog Rowdy. Gary McDonnell, 55, separated the two relatively effortlessly thanks to some old man strength built up over a lifetime of farming.

“Bloody mongrels pissed and fighting in the middle of the day, what a bloody disgrace,” grumbled the old bugger, and rightly so.

The two men, exhausted after letting out their frustrations caused by modern life and society, were seen hugging shortly after the incident.

The Bureau of Meteorology’s Phil Goldsmith however was not particularly surprised by the altercation. “We always see heated debate from Nelson folk and Blenheim folk discussing who has the sunniest town. And then as soon as alcohol’s involved that’s when things get nasty.

“It just goes to show that even beers outside on a sunny day with an old mate can turn into a fight.”