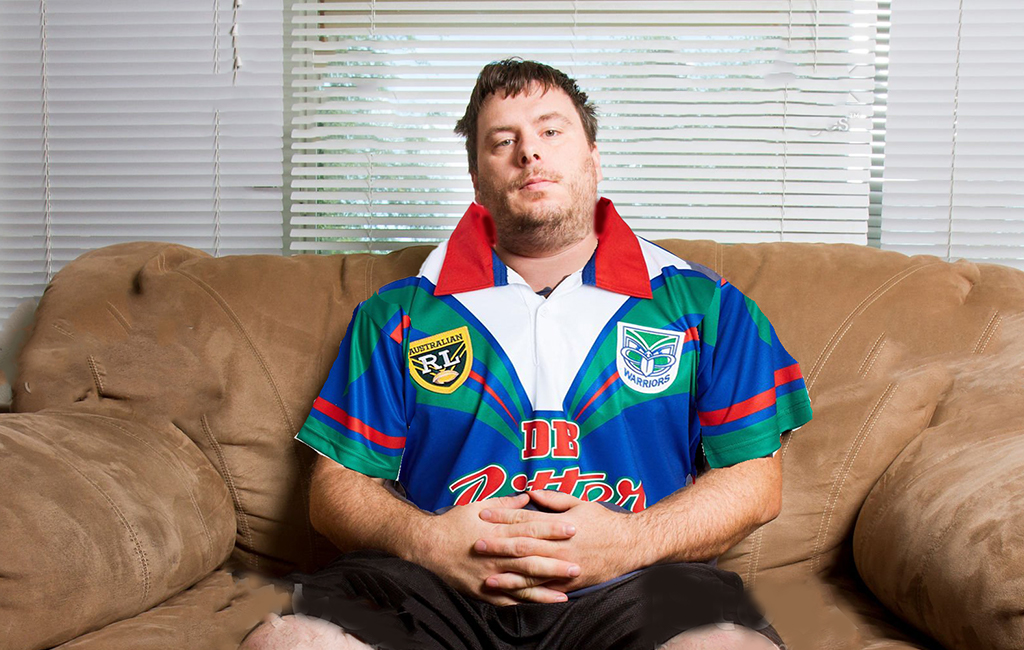 Mark Hickey, 28, will be sitting comfortably in his one bedroom flat this weekend, as he watches his favourite team, the New Zealand Warriors.

“For once I’m not sitting here with anxiety pulsing through every fibre of my being. Hell, I’d still be happy enough if we quickly went 18-0 down in the first few minutes!” Hickey said while leaning back on his couch in his 1995 season playing jersey.

Hickey’s comfort ironically comes after the Warriors were given a clinical 70-10 hiding by the Melbourne Storm last round. The odds of a repeat performance as bad as that are relatively low, especially since they’re playing the Canberra Raiders who sit four spots below the Warriors on the table.

“It’s a safety blanket of knowing I won’t be in for a performance as horrific as the one we put up against the Storm. I can actually sit here alone in a relaxed state and not break into a sweat as the opposition peppers our goal line time after time.”

“Initially we were concerned about his diet, but a lot of his blood pressure was due to the rollercoaster ride with the Warriors each season. We are slowly weaning him off the meds. That hiding has really done a lot for Mark’s wellbeing.”

Hickey, who was in a much better headspace, was then rattling off score lines that would sit well with him going into tomorrow’s game.