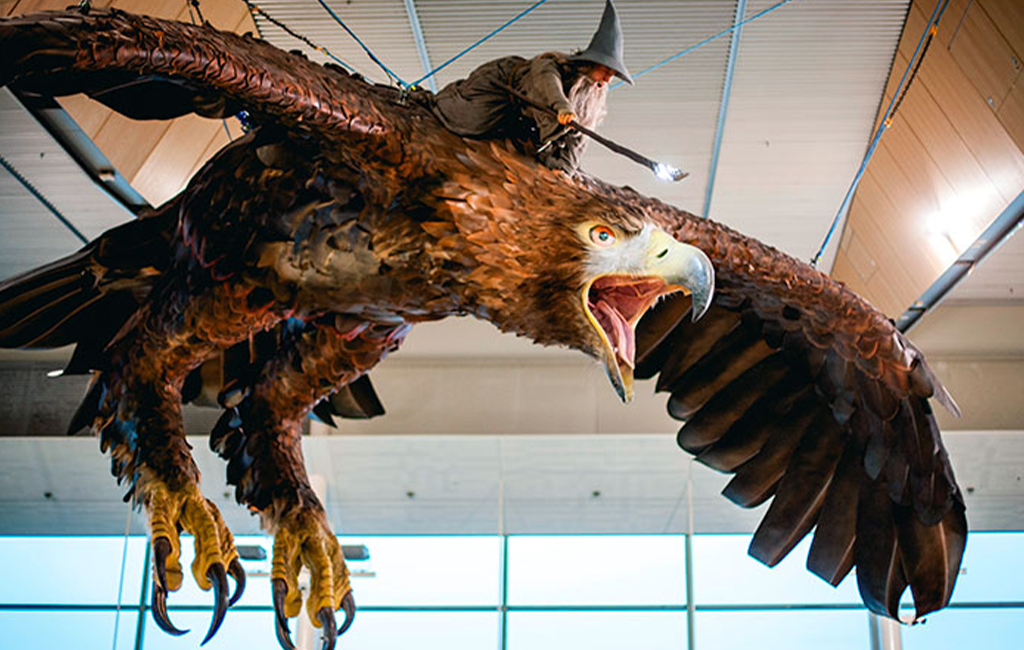 YOU SHALL NOT FORGET!

The two giant eagles at Wellington Airport aren’t just there to frighten children. They’re also a constant reminder of that movie New Zealand made ages ago.

Wellington Airport spokeswoman Janet Kirk spoke to the Whakataki Times reporters about the airport’s persistence in not letting us forget about Middle Earth.

“We never want to let New Zealanders and tourists forget that Lord of The Rings was filmed here. I mean yeah sure other movies have been filmed throughout the country. But did they have giant sculptures created at the Weta workshop that are fit for display?” Kirk replied whilst looking up at the frighteningly large one tonne overhanging eagle.

The Whakataki Times reporters also caught up with passengers inside the terminal who shared their thoughts over the sculptures, which seem to have overstayed their welcome.

“Oh god. Can we just get over it? Everyone knows Lord of the Rings and The Hobbit was filmed here. Why do we keep having to push that agenda?” replied one traveller awaiting her flight.

“Honestly, Lord Of The Rings came out 20 years ago now and The Hobbit a decade ago. What’s with the obsession? We get it. New Zealand has beautiful scenery and it was filmed here. I just want to wait for my flight in peace! Let it go!” vented another.

Our reporters put those concerns from frustrated passengers to the airport’s spokeswoman, but once again Kirk confirmed they’re firmly against removing the sculptures.

“We also want the new visitors coming in to get their fix of Middle Earth even before they’ve smelt the fresh air. Nothing like getting a fright by Smaug the dragon as you exit the terminal!”

“I think we’ll keep it going for a bit longer, especially with Amazon relocating its filming of the Lord of The Rings TV series to the UK, we’ll definitely be making sure these sculptures aren’t going offshore or going anywhere from here anytime soon.