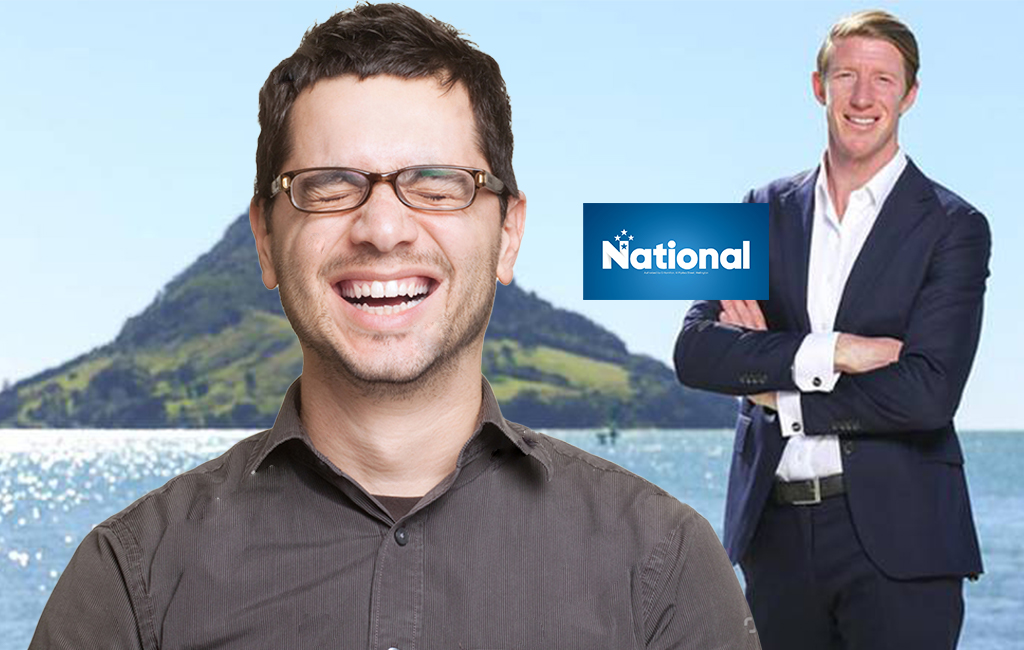 ANOTHER PALE MALE IN A BLUE SUIT

“Ohhh classic National! Another pale male in a blue suit, where do they find all these clones!”, he hilariously said to his public service workmates in the lunchroom this morning.

Gibson, who is well and truly insulated from the outside world in his Wellington bubble, has demonstrated the level of political analysis we have all come to expect in today’s identity-driven news cycle.

“God, well we all know this guy’s had a tough life, just look at him. What a privileged white boy”, he said, while conveniently ignoring the fact that he himself is of European descent, born in a middle class neighbourhood.

“Yeah but I don’t wear blue suits!”, he screeched at our reporter while also saying that he was in the public service because he wanted to “make a difference for vulnerable communities, not chasing the dollar in the capitalist rat race”.

Gibson’s quiet, unassuming work friend George Fulton was noticeably quiet during all the joking and jeering about the new National candidate. Our reporters investigated further.

“Yeah I try to keep the politics stuff to myself in the office, seems a bit unprofessional doesn’t it?”, said Fulton, while clearly wanting to get back to his desk to do some work.

“If this guy’s put his hand up to run for National then good on him, need to hear both sides in parliament, otherwise the policies just go over the top either way.

“That’s why we got MMP right? Keegan’s usually okay to go for a beer with, but sometimes it sounds like he just wants anyone who’s right-leaning to disappear!”, said the quiet National-voter.

Gibson was last seen reaching for his phone to open up his Twitter app, no doubt to get tweeting about his hilarious and original observation to his dozens of online followers.