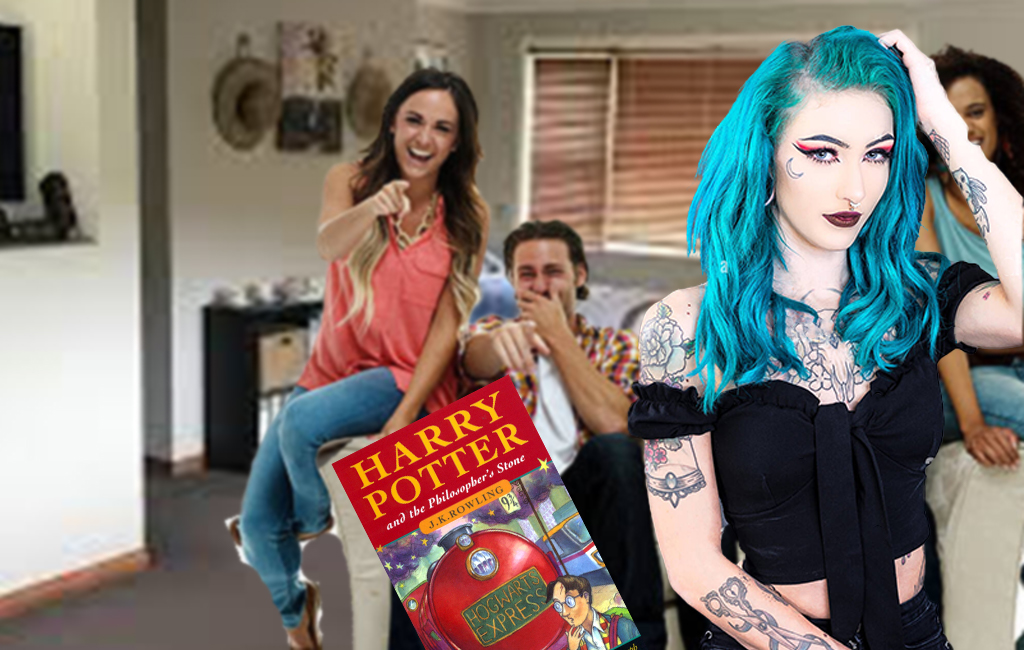 Popular blue-haired arts student Ashley Bartlett was exposed this morning, after she was found out to be the only person in her friend group that hadn’t read the Harry Potter book series.

“WHAT?!” cried friend Jaz Jenson, as a grin spread across her face and her eyes lit up with malevolence. “What do you mean you haven’t read Harry Potter??”

The incident happened while Bartlett’s group of so-called friends were having coffee at Jaz’s flat. At the time, Bartlett had no reason to believe that this could deeply impact her social standing within the group.

“Um no, why’s that? Those are kids books right, stories for children?” Bartlett spouted carelessly to a group of people who have somehow managed to fuse the fictional series into their own existential realities.

“STORIES FOR CHILDREN? ARE YOU ACTUALLY SERIOUS??”, screeched Jenson as the rest of the group erupted into fits of laughter. “Seriously, how have you not read Harry Potter??”.

“Just didn’t really sound that good, just about some kids who go to magic school. Sounded a bit lame that’s all,” explained Bartlett who was skating on thin ice by this point.

“Oh haha woww Ashley, that is hilarious. We had no idea you had such a deprived childhood,” Jenson smirked as the rest of the group began rolling with laughter.

Deciding not to put up with anymore of this, Bartlett made up an excuse and exited the flat, where the Whakataki Times were on the scene to get her side of the story.

“I don’t get it ay, why are they so obsessed with this nonsense? I thought we were adults? Anyway they started talking about what “house” they each thought they would be in, griffin door or something, I dunno maybe I need new friends.

“I hate having blue hair too, why did I intentionally reduce my own physical attractiveness?”

Ms Bartlett was last seen marching out of New World Metro on Willis with a bottle of brunette hair dye.