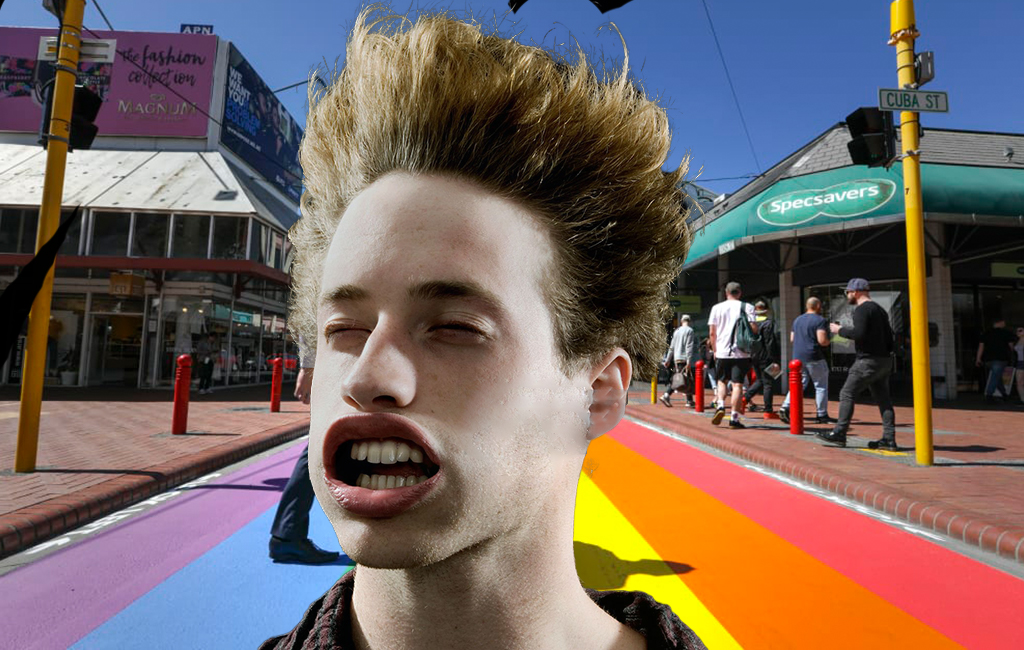 Ralph Stirling looked out the window of his Mount Cook flat with optimism this morning.

Seeing clear blue skies, the 24 year-old grocery assistant tossed aside his snapper card and windbreaker jacket, ready for a lively walk to work on what was a rare day of sunshine in the capital.

However any thoughts of an easy journey to Countdown Willis Street were dramatically shoved to one side. As the happy-go-lucky man turned a corner he was just about blown off his feet when he was hit by one of Wellington’s gusty north westerlies.

Our reporters sought comment from Stirling who was attempting to make his way down Cuba Street.

“Gah, what the hell? I just don’t get this. Clear blue skies and I’m somehow battling to stay on my feet on an otherwise friendly sunny day,” Stirling shouted as he tried to keep his long hair out of his face.

From inside it would look hilarious to see a man attempting to make his way down the road, appearing to be engaged in a fierce battle with an invisible enemy.

“Oh geez, how is this normal on a day like this? It feels like a mild hurricane is just continuously pummeling me!”

Metservice’s Gavin Brooks told our reporters he’s seen it all before, even with the most seasoned Wellingtonians.

“What we’ve seen with young Ralph here is just a classic case of inexperience in dealing with Wellington’s frequently nasty nor’westers. The sunny weather doesn’t just cancel out things like wind. Does he not know that the Tararua Ranges and Cook Strait love producing it!!” laughed Brooks.

Losing an unwinnable battle against the relentless gusts, Stirling decided to plod on.

“Oh well, guess I’ll just keep trudging through this. Luckily I was going for the windswept look for work today. Anyone seen my hat?”