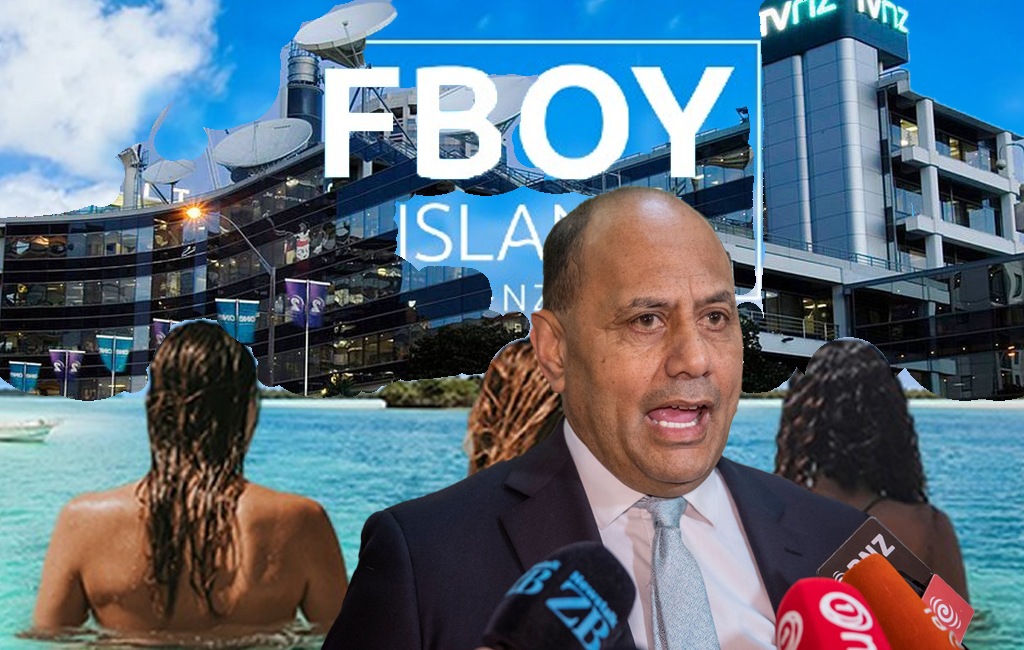 After months of pressure to explain the reason for wanting to merge Radio NZ with TVNZ, Broadcasting Minister Willie Jackson has finally given us a reason.

Jackson has announced that the new public media entity will discontinue traditional content like news, sport, and current affairs, and turn the new channel into a 24 hour a day broadcast of Fuckboy Island.

The new version of the allegedly popular reality show will be a continuous live stream of Fuckboys from around the globe. Whatever time you feel like turning on the TV or radio, you’ll be able to see and hear fuckboys. Fuckboys on demand.

The Minister explained to the Whakataki Times how the new merger is vital for his plan to work. “Now, if we want to have a consistent stream of fuckboys on TV and radio at all times, it’s best to consolidate TVNZ and RNZ, otherwise we’ll end up with inconsistency.

“The plan is to sell off all our studio assets, including cameras, newsrooms etc. Cut our whole news and journalism budget to free up lots of cash for fuckboys,” explained the under-fire MP.

“I promise you today that this Labour Government will deliver 24 hour fuckboy coverage to the people of Aotearoa!”

The announcement came as a surprise to Whakataki media commentator Reese Callahan, who believed the move was an attempt to create a media entity that would be easily influenced to give the government favourable news coverage.

“I was thinking it would be more soft ball media questions for Labour and grilling for anyone else, but I was way off. Thought it would be an extension of the $55m public interest journalism fund!” he laughed incredulously.

“Wasn’t expecting the whole fuckboy thing! But I guess TVNZ has already decided that Fuckboy Island meets the criteria for a public broadcaster.”