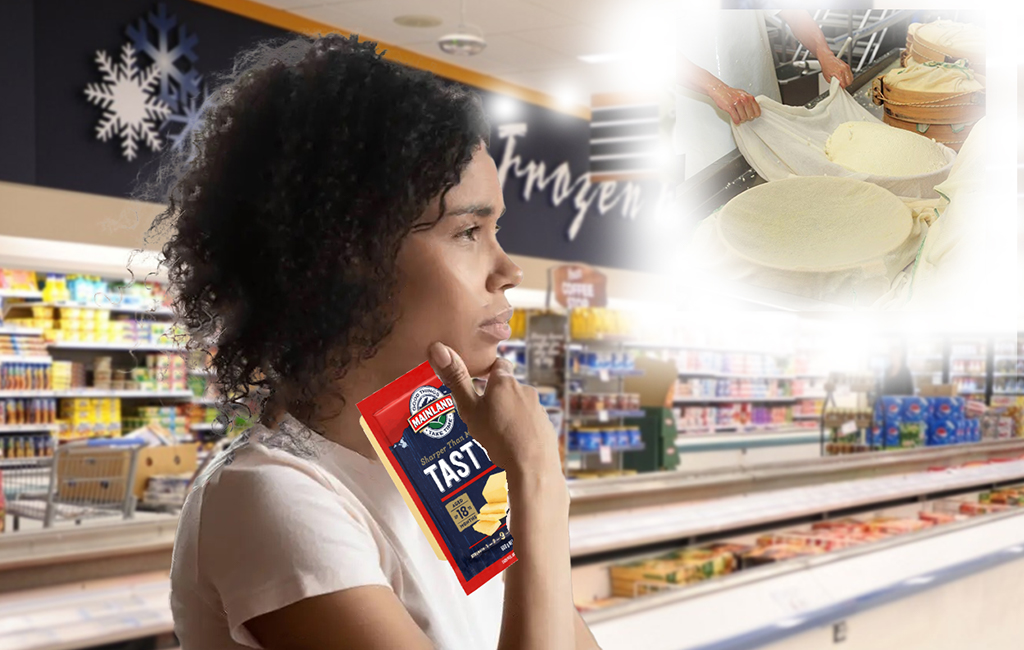 Nikki Sinclair’s blood has once again come to a boil when she saw the price of cheese at a Christchurch New World today.

“Are you actually kidding me? Like actually?!” she spurted in a fit of rage at the inanimate one kilo dairy product.

The 36-year-old mother of two continued fruitlessly scanning around the refrigeration section for a price that wouldn’t be more than her hourly wage, before momentarily contemplating the start-up costs of setting up her own cheese making operation.

“Well I quite often leave the milk out and forget about it, so it’d just be a matter of never putting it back in the fridge right? It’s called curdling isn’t it?” Sinclair mused to the Whakataki Times reporters.

Her fantasies came as Sinclair’s preferred cheese, Mainland’s Tasty Aged Cheddar, arrogantly sat there in the chiller displaying a price tag of $21.49 a kilo.

“God, at that price it probably wouldn’t be that much more for a proper home cheesemaking setup. It can’t be that hard”.

Whakataki craft cheesemaker Graham Langlands believes that like many people, Sinclair was unaware that cheese can take months to make. “It’s not actually the start up costs that are the problem. It’s that most people don’t have the discipline to wait until the cheese is ready to eat”, said Langlands.

“What ends up happening is people get sick of waiting and then end up getting stuck into their cheese while it’s still in a soft semi-liquid state – imagine a sloppy, flavourless camembert”.

When pushed on whether Ms Sinclair will pay the full $21.49 for her cheese, the Whakataki reporters were met with another spiteful outburst. “Well what else can I do?! Can’t just not have cheese, can I?!”, she screamed, causing a toddler in a nearby shopping trolley to burst into tears.

“I need the cheese NOW! Not in 18 months time!”, she shrieked, while marching her trolley away from our reporters in a huff.

The Whakataki Times can predict with some certainty that Ms Sinclair does not have the mental fortitude required for home-based cheesemaking.