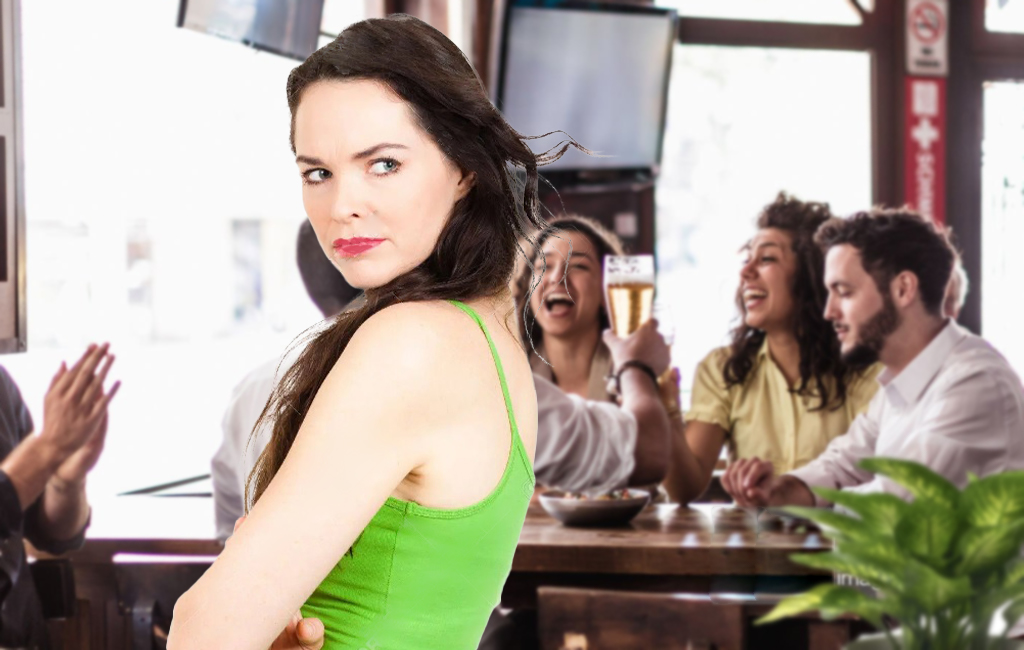 Olivia Boyce was being extremely careful at this afternoon’s regular Friday drinks.

As a group of 10-12 employees from MPI gathered at The Old Bailey on Lambton Quay on two separate tables, Boyce did a quick shoulder check to make sure Jessica wasn’t around so she could start to bitch about her to her colleagues.

Our reporters were at the popular Wellington bar.

“God, have you seen the mood Jessica’s been in this week? Honestly, what’s her bloody problem? She doesn’t do anything but setting up pointless meetings for us,” Boyce said, expressing her frustration as she finished off a good portion of her third glass of wine.

Boyce then unloaded some more as she was brought another glass.

“Like what the hell is her problem with me anyway though? Have you noticed how she always gives me the cold shoulder, but will then single me out in meetings? She fully knows I won’t have the answer, but asks anyway!” Boyce vented while hoping others would nod and agree.

As others at the table tried to keep the peace and not engage directly with workplace conflict, Olivia’s voice appeared to go up a few volumes as she swigged another mouthful of the dark red silly juice.

“And you know what else?!” Ms. Boyce said loudly, before pausing for a moment. She then executed another masterful shoulder check to the left and right, a true exponent of the manoeuvre, confirming that the coast was clear.

“Honestly she can just get fucked. I’m not doing those OIA reports she wants by early next week. She can actually just do something herself for once!  What the hell does she even do for us as a team leader anyway?”