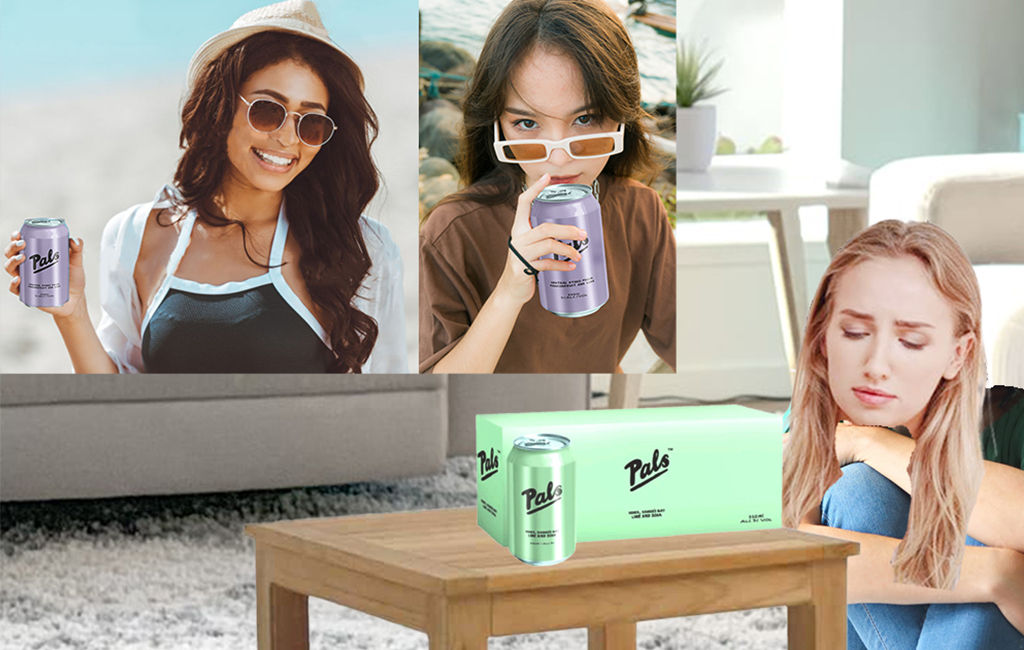 “Are you fucking serious? I’m so done!” she barked at an empty shelf in the chiller at Turner’s Liquor Store.

“I mean, what is life? Literally. I just can’t even”, she explained to the Whakataki Times reporters in her ‘basic bitch syndrome’ language.

The Christchurch local, who hails from Merivale, was then left with no option but to purchase a 10 Pack of the 330 mL Lime and Soda Pals in the green cans. She was resigned to the fact that this flavour would not enhance her social media presence in any way, as they don’t look as good on Instagram as the purple ones.

‘New Year’s over. Rip’ she posted to some close friends on Snapchat who would soon be fully aware of her unfolding disaster.

Robertson, who was also sporting a fake tan that didn’t show up as well as she would have liked, explained that her life was now over because she couldn’t stomach being seen with green Pals cans, when the purple ones look so much better on Instagram.

“I mean for reals,  but actually though, like what am I actually gonna post now? Can’t be seen. LITERALLY!”

Before the Whakataki Times could seek further comment, Robertson was already zoned out and drafting a caption for a new photo, “New year, new me”.