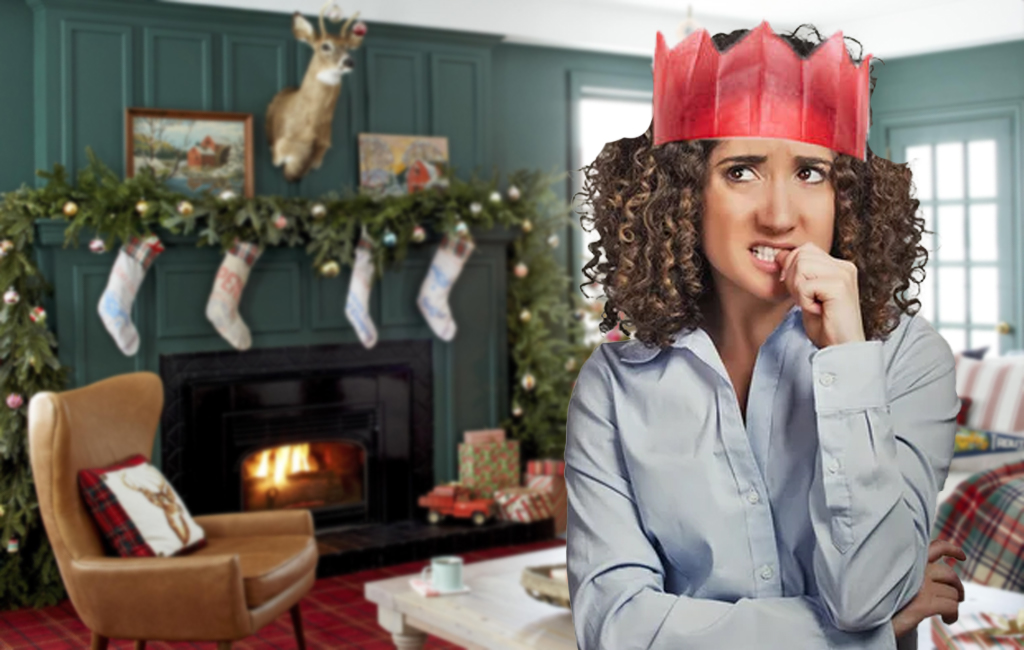 ‘TIS THE SEASON FOR INTERROGATION

A Wellington woman is weighing up her options this festive season, considering which fake personal crisis might sufficiently stunt her parents’ questions about her lack of offspring.

Thirty-four year-old yo-pro, Freya Widdicombe spends 11 months and 20 days of the year feeling perfectly content about her life. From January through November, Widdicome enjoys casual dating, using her ample disposable income to dine at the flashiest restaurants and go on girls’ weekends to the Wairarapa. “I just don’t feel the need to bring another person into my life right now,” she calmly explains.

But every year at 12.01am on December 20, Widdicombe enters a state of panic as she tries to decide exactly what drama she can create or fabricate in time for her parents’ arrival on Christmas Eve. “They’re going to ask about my dating life first, talk about my biological clock, and then start talking about how affordable IVF is these days. I need a plan to throw them off.”

Last year, she says, a fake drug problem was sufficient at shifting her parents’ focus, “but only for 24 hours, after they decided to send me to rehab and freeze my eggs.”

The year before that, Widdicome decided she was questioning her sexual orientation, “but by dinner time they’d already found an adoption lawyer and costed a sperm donation.”

At the time of writing, Widdicome reports that she’s coming up short this festive season, with not a single excuse for her ongoing childlessness. “I’m honestly thinking I’ll just get pregnant and put the whole thing to bed.”