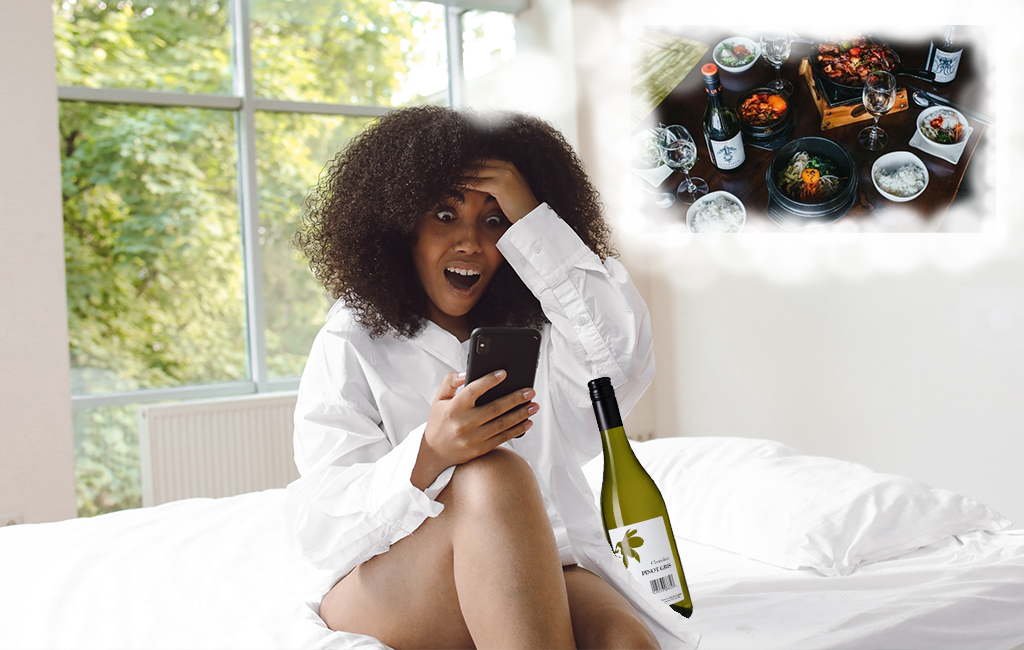 The Whakataki Times can reveal that the incident occured when the 25 year-old kindergarten aide received the following message in her Facebook group chat of old high-school friends:

“Hey lovelies! Just a heads up that corkage will be $10 tonight. This was the only place that could fit us in. Can’t wait to see your pretty faces! Love yas!!”

After her crippling tsunami of fear had subsided, Webster composed herself long enough to speak to the Whakataki Times.

“Oh for fuck’s sake. Does she think everyone’ll just be fine with that?” scoffed Webster.

With a tight self-imposed budget in place, Webster had planned to spend a max of $25 for the night, with the hopes of a $10 bottle of wine and a $11 Mei Goreng.

But she was left in disbelief when her best friend Charlotte callously presumed that everyone would just accept the absurd corkage fee.

“I mean come on, we aren’t all working at a top accounting firm like her. Ten dollars just to drink your own shitty wine? Get fucked”.

Taking matters into her own hands, Webster made sure she found the cheapest and shittiest wine, purchasing a $6 bottle of sav from Barry’s Bottle’O.

“Just this thanks”, she quipped to Kev behind the counter at her local piss store.

“Are you sure that’s all love?” questioned the concerned 56 year-old.

“Yes thank you!!” Webster hissed as she slammed an assortment of coins from her purse onto the counter.

After getting drunk enough to only barely remember paying for her meal, with the sickening $10 corkage fee added on, Webster’s next brick wall was nursing a bone cracking hangover.

She immediatley tried to flush the demons out with a Berocca in a glass of room-temperature water, knowing perfectly well that she was now a shell of her former self, all thanks to an angrily-purchased bottle of dirt cheap piss.