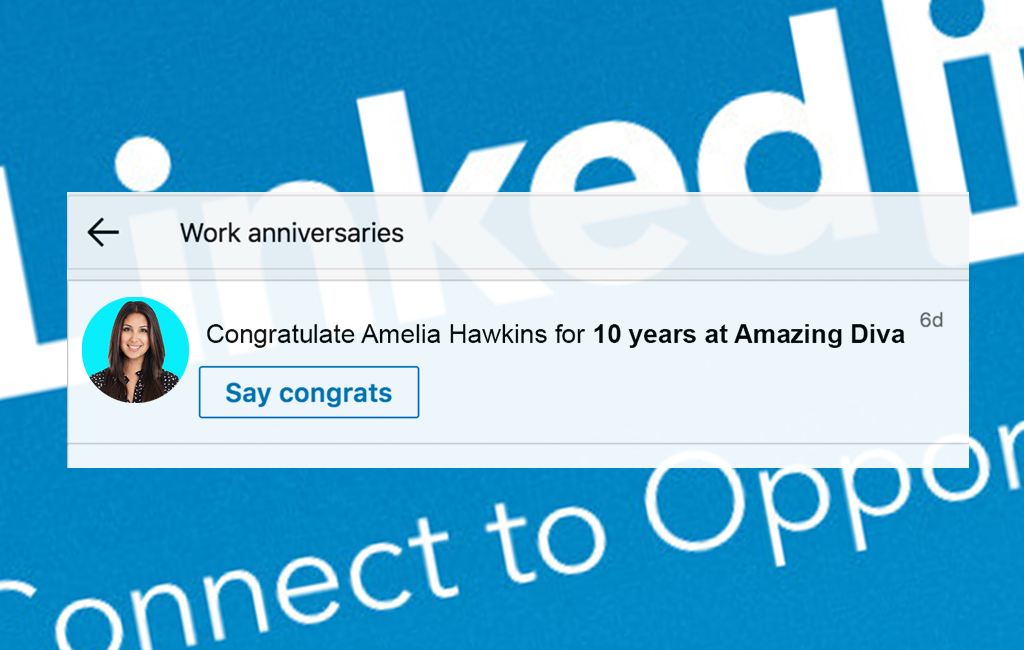 Amelia Hawkins, 32, was the toast of her local LinkedIn community today after celebrating 10 years as a part-time fashion shop assistant at Hawke’s Bay’s “Amazing Diva”. This was despite her moving away from the region in 2013.

“Congrats on your work anniversary!” said one comment from Brodie Thompson.

“Congrats on your work anniversary!” said another, this time from Scott Miller, who commented on the post “Congratulate  Amelia Hawkins for 10 years at Amazing Diva.”

Our reporters were understandably perplexed by Amelia’s work history listed on supposedly the world’s no.1 place for networking and professional development, as they eventually tracked her down in Melbourne.

“Amazing Diva? Yeah, like I worked there for two months after uni. I kinda had to make a profile to seem half employable at the time. Forgot all about LinkedIn haha”

When the Whakataki Times approached anniversary commenter Scott Miller, a former highschool friend of Ameila, about why he congratulated her, he explained his heartfelt well-wishes.

When quizzed on whether she’d want to update her profile and list her most relevant and recent work history, she was reluctant to reveal further details.

“Ha, well ten years in the same place would definitely show potential employers how loyal I am. Especially if I’d actually spent ten years at bloody Amazing Diva. That place was a nightmare! Didn’t it close down five years ago?”