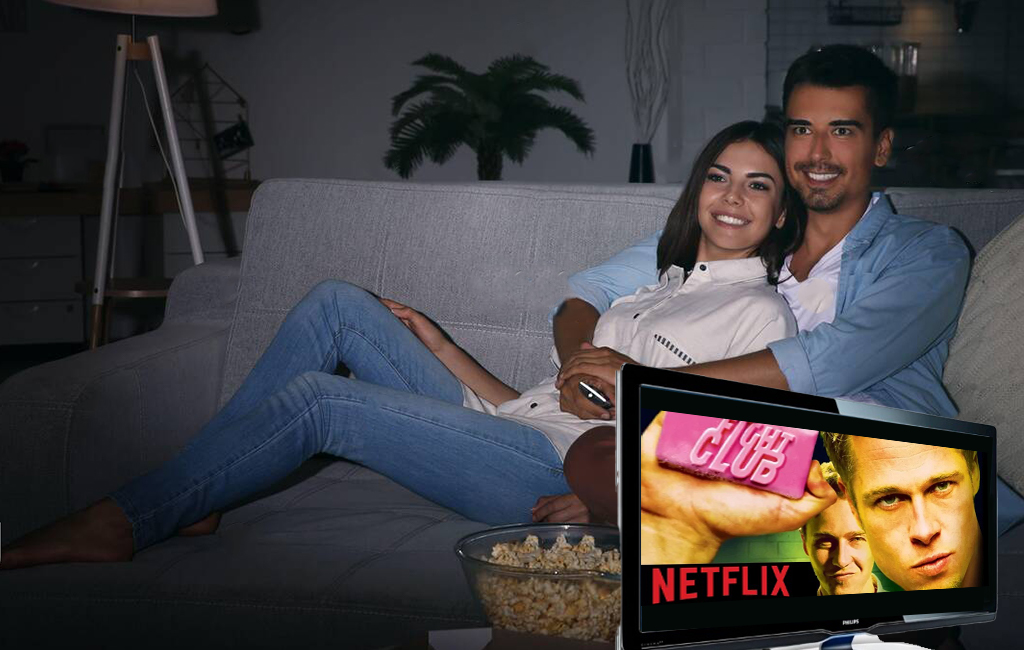 Nic Donnelly and Emma Jones have done what no couple is believed to have done before.

The 23 year-olds from Tauranga could be one of the first couples to both calmly agree to watch the very first movie that has popped up on their suggested movie list on Netflix.

Our reporters were inside their home near Mount Maunganui.

“Oh hi guys, yeah thought we’d just have a quiet night in and chuck on a movie. Doesn’t really matter too much what it is. Be good to just get something on quickly and start it before the night gets away from us,” said Donnelly with complete calmness, not realising most couples can debate for 45 minutes about what movie to watch on Netflix.

Girlfriend Emma was equally as chilled.

“Yeah, just opened up Netflix and saw Fight Club come up as a suggested movie to watch. I mean I’ve heard lots about it, it’s got Brad Pitt and also Edward Norton, and he does a bloody good job in that movie. Seems like a classic to watch, it was really a no brainer to just immediately select it and Nic fully agreed.”

Most couples can torment themselves for over an hour on what movie to choose from their streaming service, but Donnelly and Jones seemed to be fully in sync, both just nodding and agreeing that the suggestion of Fight Club would be the movie they would commit to for the next couple of hours.

“I mean yeah we disagree on a few things of course. But this is just a movie. Why would you make a massive issue out of it instead of choosing something quickly from your suggested list? You don’t even need to debate it.