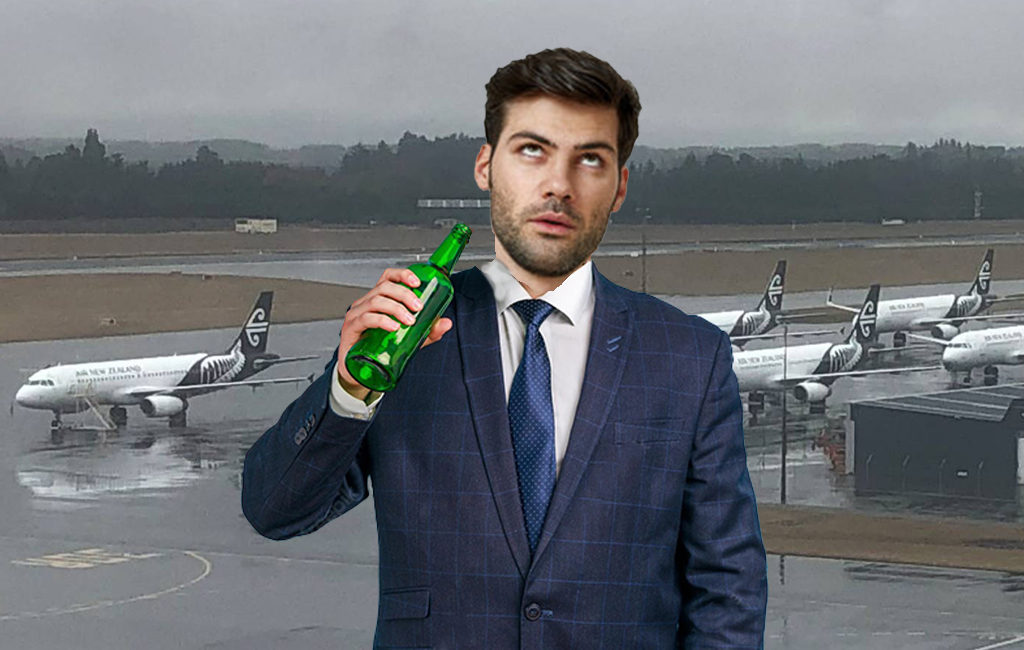 JUST A BIT OF WIND

James Callahan, 40, audibly scoffed this morning upon hearing the news that his flight home into Wellington was cancelled due to severe wind and rain.

“Gah, what a joke. Just a bit of wind, what are they worried about?” said the senior sales executive, visibly frustrated, as his eye-roll scraped across the ceiling.

“Bloody soft people complaining about landing in Wellington. Gets a bit bumpy every time, what’s the big deal?

“Are they just going to not allow bumpy flights into Wellington anymore? Might as well close down the airport for good!” laughed the regular traveller, sitting in his preferred seat in the Koru lounge.

After calling his wife to tell her that he’d be forced to stay another night in Auckland, Callahan proceeded to make the most of a bad situation and start eliminating as many free koru beers as possible.

“God, it’s part of the experience of flying into Wellington isn’t it? Bit of a shakeup, bit of pre-Wellington white-knuckle fear right? RIGHT?”, he enquired loudly to our reporter, becoming noticeably more animated.

“Where’s the accountability? You’d think bloody Air New Zealand would be falling over themselves to get every single plane to go as planned wouldn’t ya, make up for the lost ground during lockdowns”, said Mr Callahan, now consuming alcohol at an alarming rate.

“And don’t get me bloody started on Jacinda”.

Our reporter on the ground can confirm that he correctly chose to not get him started.