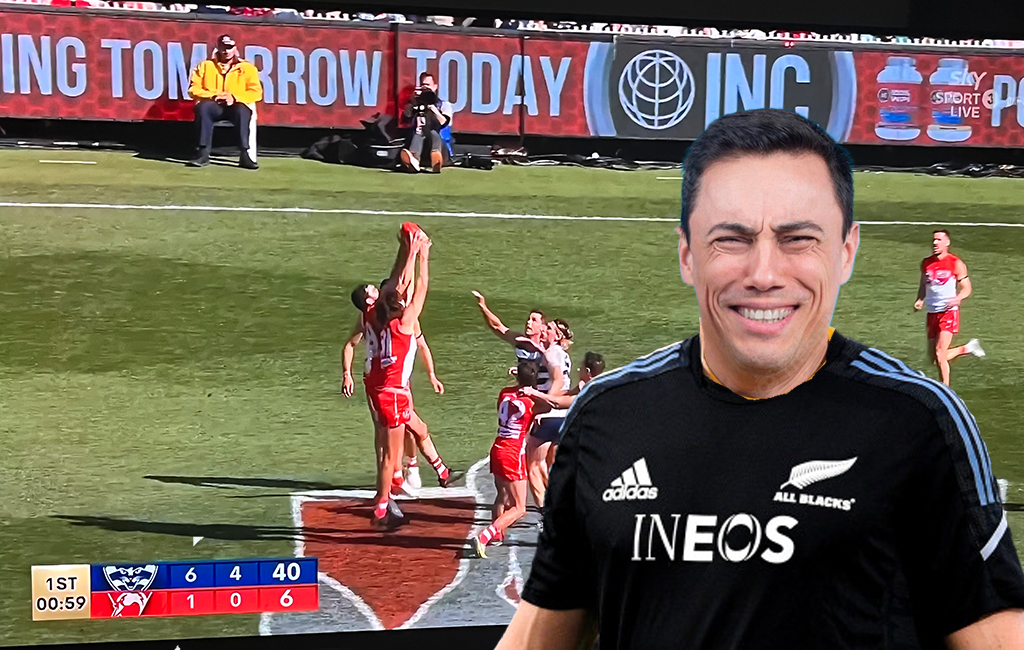 Harry Knight was getting ready for the All Blacks v Wallabies Bledisloe Cup match this afternoon when he decided to have a scroll through the other sports that were on in the lead up to the big game.

However Knight was then glued to the TV after stumbling upon the AFL Grand Final, the ‘can’t miss’ fixture on the Australian sporting calendar.

“Wtf is this?” Knight said to himself after discovering a sport he had not seen in his life.

The 24 year-old then sat there in utter disbelief as he watched what looked like continuous phases of the ball being knocked on and propelled forward, a clear mistake in all rugby codes.

“Wait, what? How’s that not a knock on?” Knight said with bemusement as he watched the Geelong Cats and Sydney Swans go at it at the MCG.

Knight shouldn’t be too harsh on the game of Aussie Rules, as his beloved sport of rugby union is more than confusing and frustrating for the casual observer, especially with many different interpretations of the laws around scrum penalties and the referee’s judgement when players make a turnover.

In fact most union players are consistently in the dark themselves about what kind of penalty they’ve given away.

As Knight continued watching the final he remained in a steady state of confusion about why the referee was continuously blowing the whistle at five second intervals.

“There’s just so much whistle. More than you’d hear at a bloody Silver Ferns game.

“Every time someone catches the ball the ref blows the whistle. And the game doesn’t even seem to stop most of the time when he blows up!

“What the hell is going on?”