BANDWAGON: Warriors Fan Claims That The Rabbitohs Have “Always Been” His Second Team 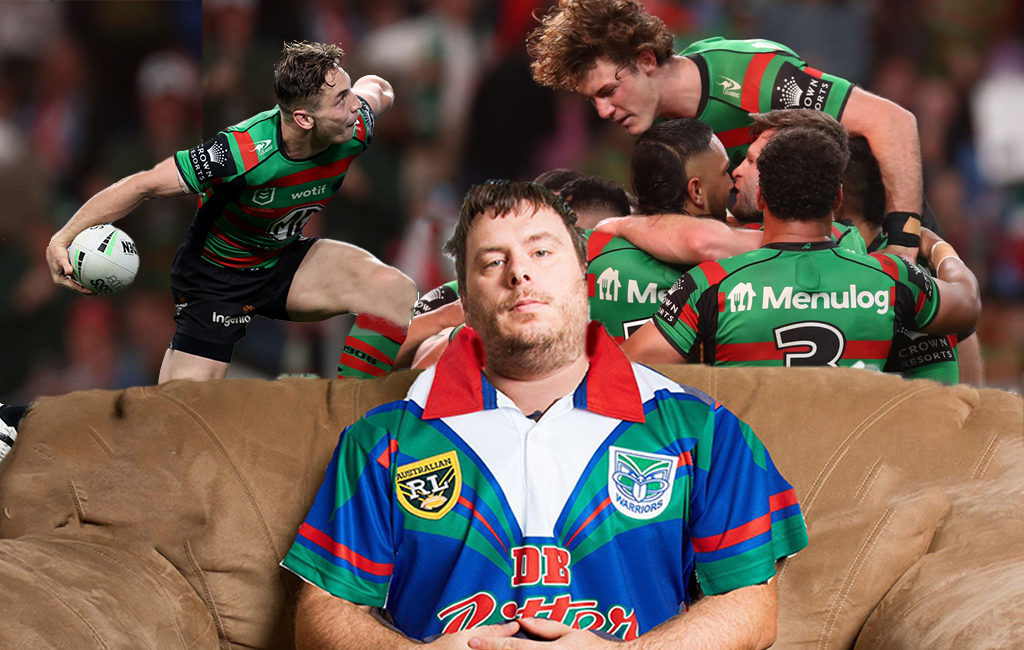 Mark Hickey’s NRL season has come roaring back to life.

With his beloved Warriors again failing to make the competition’s playoffs, the 28 year-old is now fully invested in the season again because his ‘second team’ the South Sydney Rabbitohs, have progressed to the semifinals after demolishing the Cronulla Sharks 38-12 last night.

Our reporters caught up with Hickey who explained how the Bunnies have ‘always been’ his second team.

“Yeah, I’ve been a Bunnies supporter from way back ay. Ever since the Kiwi link of Russell Crowe being co-owner of the team and also Kiwis hooker Issac Luke played for them for all those years. It’s been hard to not have one eye on them,” lied Hickey, who only really declares his support for the team when they look like they’re making a potential run for the title.

Hall’s support for an Aussie NRL team follows a common trend among Warriors fans who are often left scrambling to jump on a bandwagon of another well performing side, just so they have something to cheer about in the latter weeks of September and early October.

“Usually I’ll tune in and watch them each week after the Warriors, but it’s been all go with them in the playoffs. Gee, how good was Cody Walker last night though? Latrell was a bit of a mixed bag though, but he’ll be better for it and come right next week,” Hickey explained, speaking like he’d been following the team closely since round one.

“Anyway, I better go. Anyone seen my Rabbitohs shirt?”

It remains to be seen whether Hickey will again switch allegiances given the Rabbitohs’ season will likely come to an end at the hands of the NRL’s defending champions Penrith next week.