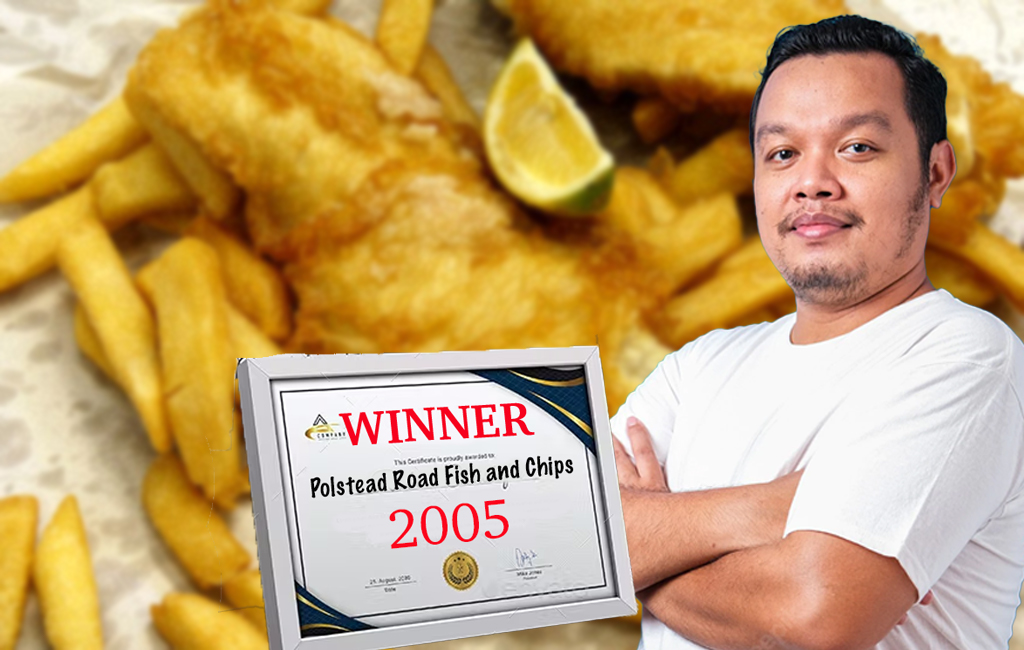 Polstead Road Fish and Chips has been a local institution, serving up greasy deliciousness for 34 years now. But for owner Gary Lee, the pinnacle of success was his “Best Fish & Chip Shop” award, something he’s been proudly showcasing in his shop since 2005.

“Yep, there she is. Framed and well-looked after for everyone to see on the wall there,” said Mr Lee, beaming with pride.

“When I bought the shop back in the late eighties they all said I was crazy. They said that I’d never be able to bring this greasy hole up from its D grade hygiene rating,” he smirked as he remembered all the haters trying to cut him down.

“And look, I don’t think I could have predicted such dizzying success either. If you had said to a 25 year old Gazza Lee that his frighteningly poor takeaway shop would win the 2005 Best Fish and Chip Shop Award… I would’ve said you were dreeeeaming!” he laughed to himself.

Our reporters pushed Lee further on what he has been doing since getting the award in 2005, as it has nearly been two decades since that happened. “Nothing else to do except sit back and watch the dollars roll in!” he said with a satisfied confidence, leaning back in his chair.

“Got the award locked in, displayed clearly in the shop. The chips sell themselves with that bad boy up front.

“Well when you win the Best Fish and Chip Shop award, you don’t keep that a secret, do you? No, you shout it from the rooftops. Even if it happened in 2005,” said the kiwi battler as he wrapped up two scoops, two fish and one hotdog.

“For all the kids out there who think they can’t be as successful as I am, just remember if you work hard and stick with one thing, anything can happen”.