HERE’S TO THE QUEEN!: In Memory Of Queen Elizabeth II, Local Bloke Heads To Work Drinks An Hour Early 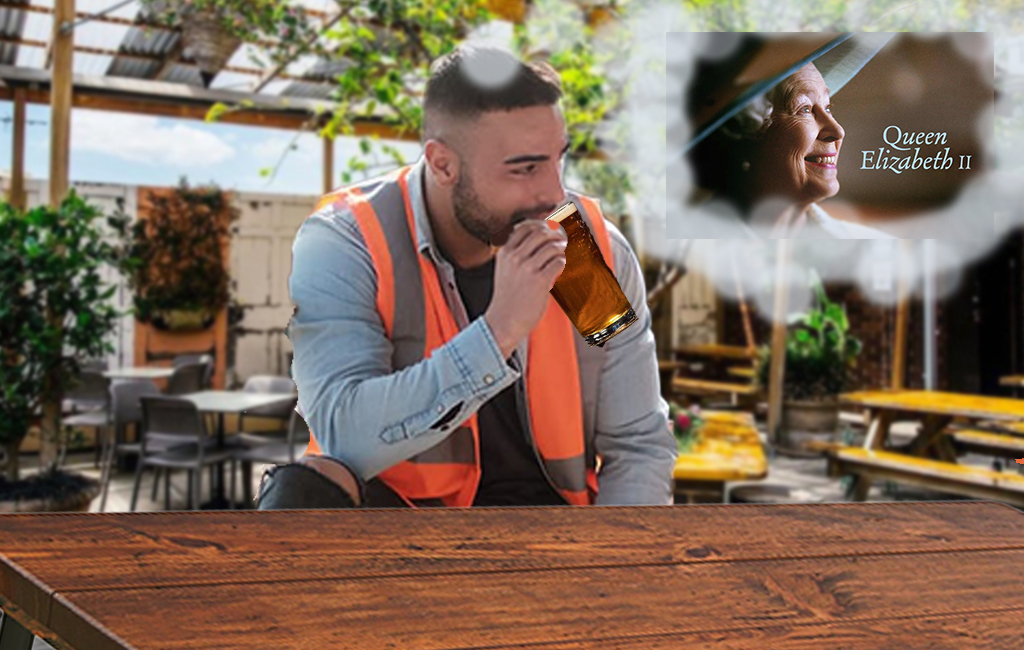 Whakataki local man Rico Dagworth, 24, has taken the news of the passing of Queen Elizabeth II pretty hard. So hard in fact that he sees no other option than to skip out of work even earlier than usual on a Friday.

“Just feels like the right thing to do, you know? Only right to go and drink to a bloody good innings,” said the landscaper who had very little trouble convincing his boss and co-worker.

“The sun’s out, it’s a great day for it and sadly the queen’s moved on, but it all just feels like everything’s lined up for an enjoyable afternoon at the pub,” explained Dagworth as he stepped into the local pub known simply as The Local.

The three-man landscaping team would usually head over at about three on a Friday anyway, and fair enough too as they work bloody hard during the week. But today 2 o’clock just seemed right.

Asked whether he was a big follower of the royals in general, he said it was more of a vibe that he was picking up. “Not a huuuge follower of the royals, but I know enough to know that Liz passing away is a big deal. Feels wrong to do one second more work on a Friday than is totally necessary.

“Also I can hear the beers calling me, seems like they’ve piped up an hour early,” explained the twice-a-week moderate-to-heavy drinker.

While sitting at a table in the sunny beer garden, Mr Dagworth was now well into his second, and in a jovial mood. “Look around! Everyone’s had the exact same idea. This place is just as busy as it was an hour earlier last week!

“I mean, it’s a big deal! When the Queen of England dies, you don’t just not bugger off early and get on the beers!”