“I Bleed Maroon” Says Kiwi With No Connection To Australia 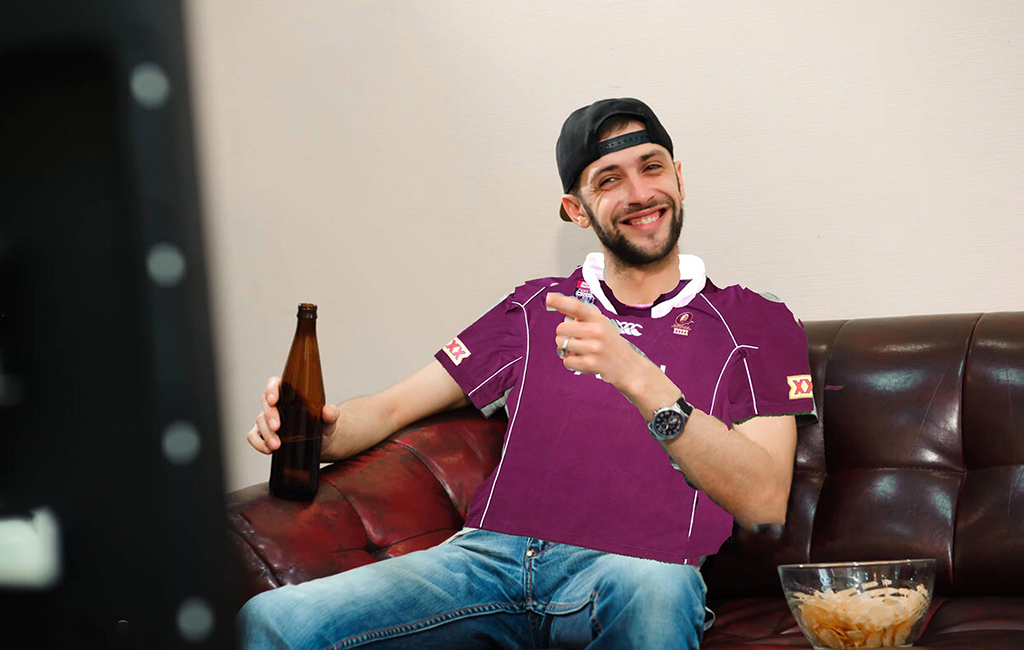 Daniel Russell, 28, has once again proudly and publicly pledged his allegiance to the Queensland Maroons ahead of tonight’s State of Origin game 1 in Sydney.

That’s despite him not having a single drop of blood or bone in his body that is linked to Queensland or Australia in any way.

“Go the mighty Maroons!” Russell belted out while simultaneously firing off the exact same quote on his Facebook account status, which reached a predominantly Kiwi audience.

After changing his profile picture to a photo of the 2020 title-winning Queensland side, the Dunedin-born and bred Russell spoke to the Whakataki Times reporters about his beloved Maroons.

“Bring back the biff! Our chance to take one from those Sydneysiders, especially with no Tommy Turbo tonight. I bleed Maroon!!” Russell proudly chanted while cracking open a XXXX Gold and sporting a well-worn Maroons jersey, something he seemingly only wears each June.

But the origins of why Russell ‘bleeds Maroon’ and intensely supports Queensland in State of Origin remains a complete mystery.

In fact Russell has never left New Zealand’s South Island, living in Dunedin his whole life, while working as a kitchen hand at his Dad’s local restaurant.

As he watched pre-game highlights of Johnathan Thurston, Cooper Cronk and Billy Slater taunting NSW during a golden run of eight straight wins between 2006-2014, the die-hard Maroons fan offered his analysis ahead of the series after losing last year.

“Who needs Billy the Kid and Cronk? We got Kalyn Ponga at full back, with Cam Munster and Daley Cherry-Evans in the halves. Fresh blood!” Russell belted out.

“When’s it kick-off again? Do they not think of the people in New Zealand? It’s a bloody weeknight! Up the mighty Maroons!”