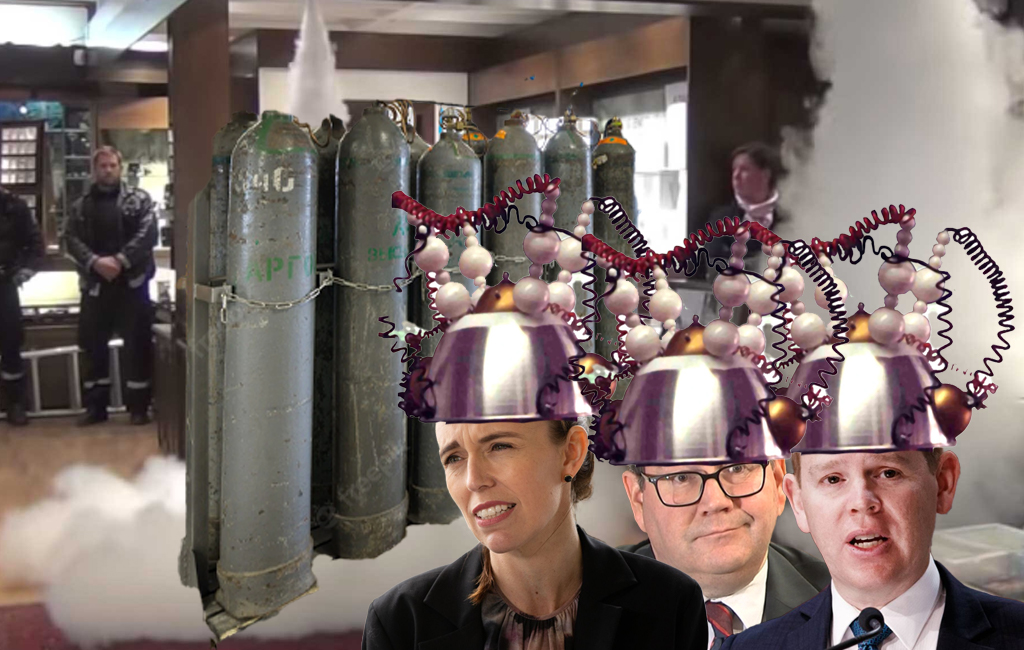 The Government is set to announce an innovative new plan to keep our shops safe from violent criminals once and for all.

Because of the “global shortage” of fog cannons, which were meant to be rolled out to shop owners that needed them to protect their shops from armed robberies, Labour MPs are now collecting the fog from their own brains and sending it to small business owners in need.

“Brain fog” is one of the symptoms of “long covid”, however it could be the answer to Labour’s problem of not delivering the fog cannons they had promised. Another answer, as Newstalk ZB’s Heather du Plessis Allan found out, would be for the government to actually order the required fog cannons from suppliers, rather than lying about there being a “global shortage”.

Epidemiologist and former TV mask-nagger Dr Michael Baker sponsored the innovative new method of fog extraction. “This is a fantastic new invention and will make the lives of retail workers so much safer going forward,” he said to our reporters in muffled tones while triple-masked.

Former Whakataki-based mechanical engineer Dr Jacob Jaycobberson, who actually designed the machine, explained to our reporters how it works.

“Using a suction device that attaches to the skull, the fog that has been impairing the cognition of these MPs for the last two years is sucked out through their ears and nostrils and stored inside pressurized cannisters. When installed in shops and triggered during a robbery, the fog is rapidly released to stun and confuse the perpetrators,” said Jaycobberson.

“The good news is that there is just so much fog coming out of the brains of these people that we may just about be able to clear the whole backlog of fog cannon applications in the next couple of months.”