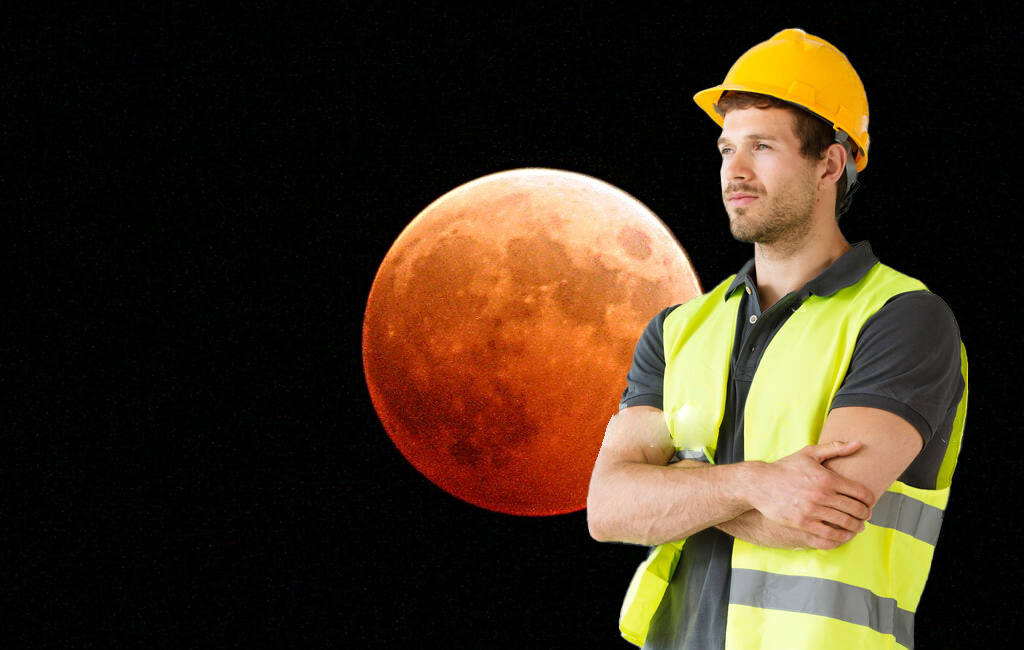 The builder (whose regular 5 o’clock wake-up had no change to it this morning) explained to our reporters how he has missed this spectacular phenomenon. “Yeah I just missed it. When was it?” asked the man who has never led anyone to believe he was interested in astronomy.

When our reporter informed Mr Turner that the eclipse started after 10 pm and the most impressive view of the “blood moon” was just before midnight, the man provided further insight into why he did not see it.

“Oh nah I’m in bed by 10. Had work,” he explained, in what appeared to be the answer to the question that was on everyone’s lips.

“It’s quite funny, when you’re a kid you think ‘oh when I grow up I’m gonna stay up as late as I want’ ha. And then you don’t.

“So yeah, missed it because I had work. I would have had a look but I was actually in the process of going to sleep,” said Turner, hoping that he had put the issue to bed once and for all.

Our reporter, in an attempt to get Mr Turner to express some kind of regret that he had missed a rare event that would not happen again until 2025, pulled out his phone and showed him some pictures of the blood moon.

Turner will now wait around three years for another chance to see a blood moon, hopefully at a more convenient time.