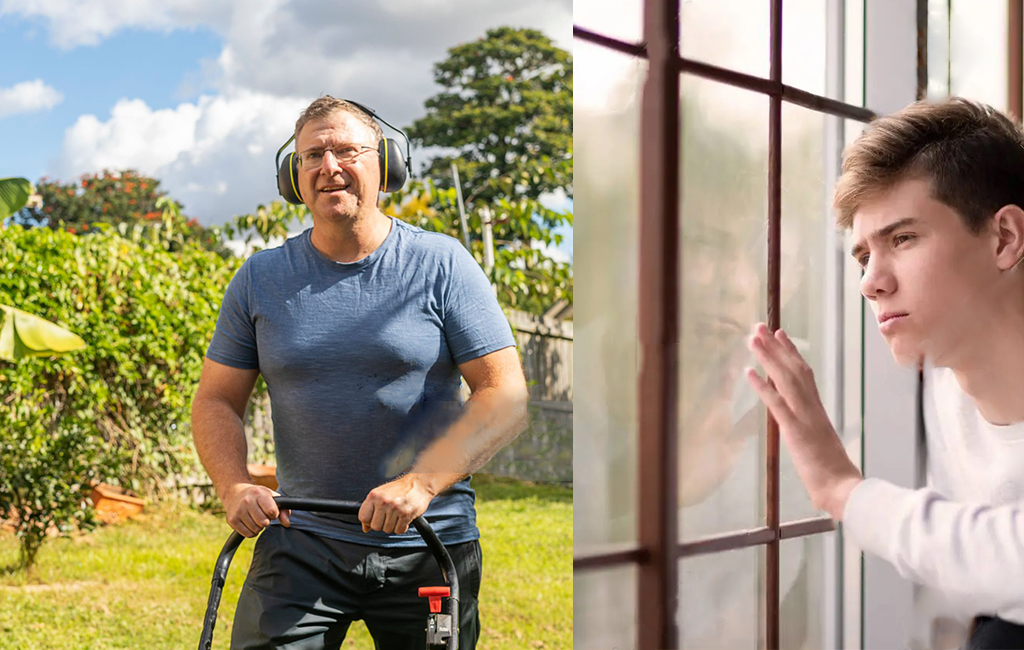 Nigel Springer refuses to let a week go by where his lawns are anything less than immaculate.

But at times, his freshly mown lawns in his quarter acre block come at a cost. His actions seem to limit his popularity with the other houses backing into his Christchurch home in Hillmorton.

Our reporters were at Springer’s home at 7:18am as he briefly turned off the lawn mower and removed his ear muffs for the interview.

“Morning guys, great to get onto this early, they’d grow another inch with all the rain and sun we’ve been having lately, couldn’t’ leave it another minute!” Springer said proudly as the morning sun came up and light trickled onto his freshly cut lawns.

However Nigel’s neighbours weren’t as happy as he was at this time of the morning.

“Geez, why the hell is he up doing this so early? Can’t he just wait till midday or something?” 23-year-old Dan McIntyre asked while nursing a sizeable hangover.

“Oh for goodness sake, is he doing that again? He’s woken the bloody baby up. I just got her to sleep!” said mother of one Sarah Robson, 31.

As our reporters went to question Springer about why he felt the need to energetically go about mowing the lawns at an ungodly hour on a Saturday, he threw back on his earmuffs and pulled the chain.

“Anyway, I better run over em a couple more times before I get onto trimming the hedges, I feel like they’ve grown already!