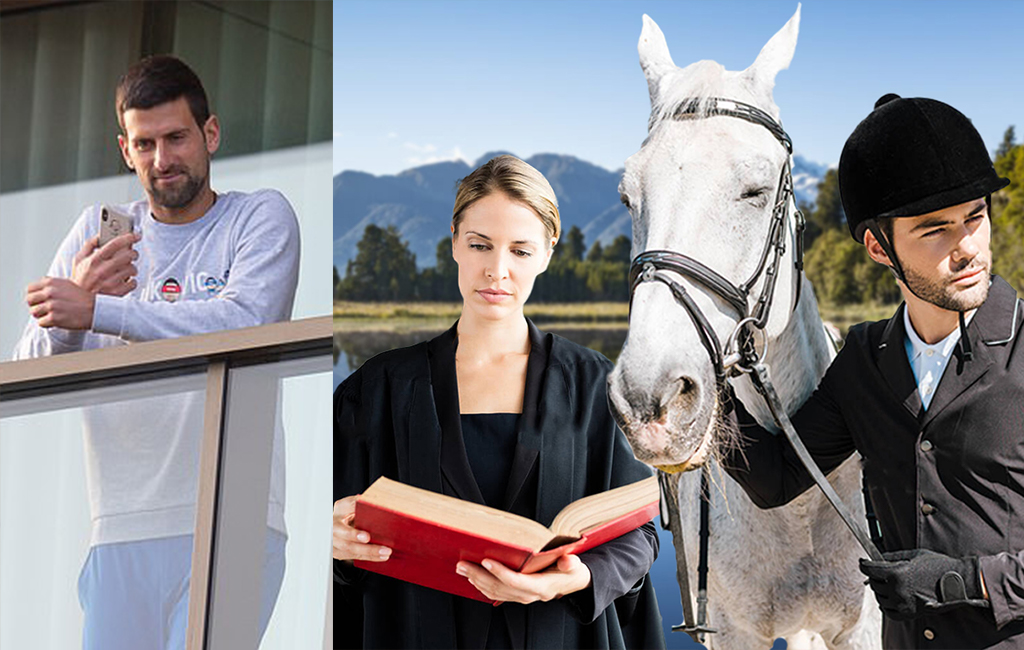 World No.1 men’s tennis player Novak Djokovic has allegedly been in touch with New Zealand travel exemption experts William Willis and Hannah Rawnsley on how they used their wealth and social status to fully flout the law.

The Serbian tennis star was refused entry into Australia over a visa vaccine exemption to compete in the Australian Open in Melbourne. However instead of immediately hiring a QC, the 20 Major Grand Slam winner has allegedly contacted the very well-off ‘Wanaka couple’, who were charged with failing to comply with a public health order after illegally travelling from Auckland to Wanaka.

Experienced rule flouting specialists Rawnsley, 26 (an up-and-coming corporate lawyer) and 35 year-old horse enthusiast Willis, have allegedly offered advice on how to brush off minor inconveniences in life, like the laws of a nation.

Whakataki financial expert and lawyer Arty Goldsteiner has some insight into what kind of advice the Serb would be getting.

“Well they pushed the boundaries to their absolute limits with Wanaka. I’d say they’d be telling the Serbinator he shouldn’t have a problem pushing through a dubious visa application at the Aussie border. These people don’t think in terms of ‘fines’, they’re more like donations to the government”.

Goldsteiner expects that Djokovic will be relieved with the advice from the rule flouting masters.

“I mean, at the end of the day rich people like us don’t get punished by fines because they aren’t exactly punishment for the wealthy. Just another loophole for the Serbinator to dance his way through.

“Deported? Not for The Serbinator. He’ll be back.”