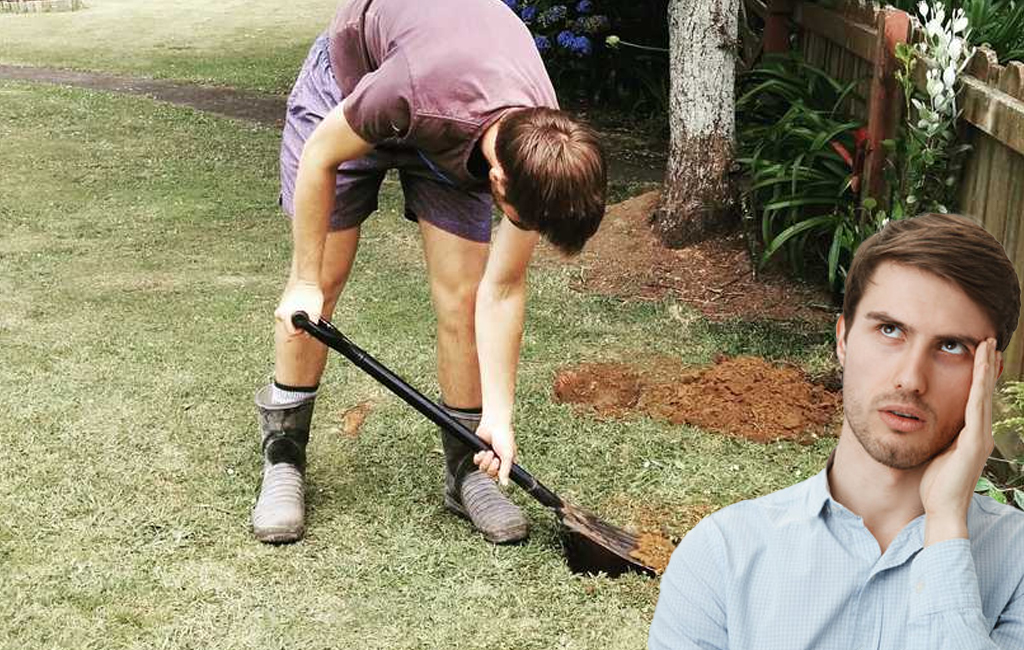 David Hamilton, 29, sent eyes rolling today when he brought up the topic of all the work he’s been doing on the section of his house, which he owns.

The Wellington based project manager seems to have edged ahead of the others in his university friend group in the personal wealth category. This was likely due to him choosing a financially useful degree and building a stable relationship with the woman who is now his wife.

Hamilton’s mates Marty and Jono, who are both reluctantly single, live transient lives moving from flat to flat when their landlords say so, and would be happier if they didn’t have to hear about how Dave’s spent the weekend digging out an agapanthus.

“I mean, yep, good on him for playing the game of life right, getting married and pooling resources for a nice house. But bloody hell, me and Jono here are just scrambling to keep a roof over our heads,” explained Marty as he looked nervously at an unopened letter from his current landlord.

“I’m happy for him but I don’t think he understands how good his life is. I’d be over the moon if I had an overgrown garden that I had to sort out!”

Marty was equally sick and tired of Dave’s chat. “God, just bugger off Dave, stop moaning about your perfect life. Noone cares that you’ve nailed four bits of wood together to make a raised garden bed for your bloody potatoes.

“Look, for whatever reason I haven’t been able to find a woman who has stuck around for longer than five seconds. Why does having a partner have to be the prerequisite for being able to buy a house? The system’s rigged,” he complained petulantly.

“Yeah, far out, our parents had it easy didn’t they? Boomers..” Jono sneered dismissively.

Mr Hamilton was not available to tell his side of the story because he allegedly had to make an emergency trip to Mitre 10 to buy three more bags of potting mix.