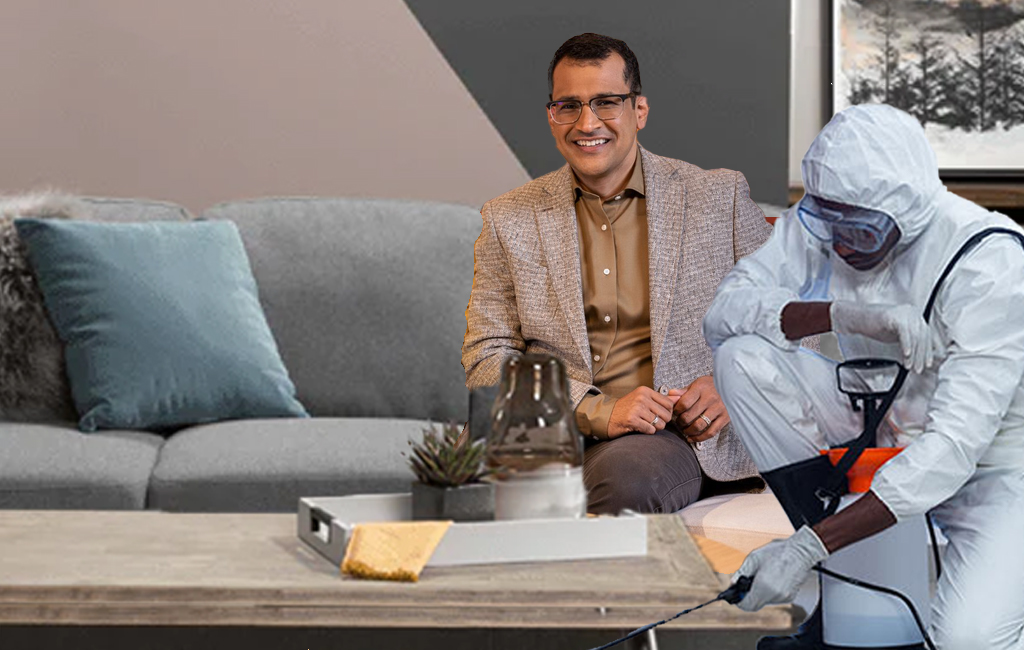 Disgraced ex TVNZ presenter Kamahl Santamaria has been given an unwanted surprise of his own today.

It wasn’t the fact he was hit with more allegations from his former workplaces and colleagues, but the fact a pest exterminator turned up to his home and began to spray him with unknown substances without his consent .

Our reporters spoke to Dan Richardson, 35, from Pest Eliminators who had just been thoroughly spraying down Santamaria after a call to deal with an unwanted pest.

“Yeah, a bit of a strange request today. Usually I’m dealing with problems in people’s homes with unwanted pests where they can’t get to, such as termites. But this one was more like a pest in plain sight. I was creeped out by him more than the bugs that I usually have to eliminate,” said an exhausted Richardson who was still unsure if he’d managed to make Santamaria less creepy.

It comes as more sexual harassment allegations emerged about the disgraced TV presenter, where a BBC investigation claims several new investigations were made against him at his previous employer.

Today it was reported that a young producer at Al Jazeera alleged she would have to “wipe Kamahl’s saliva” from her face, after non-consensual kissing and touching.

“I mean my whole job is to remove unwanted creatures, and this guy was right up there. Honestly he kept telling me this was unwanted attention and told me to stop, but I found that somewhat ironic.”

When our reporters attempted to ask Sanatamaria what he did to warrant pest control being called on him, he simply implied he did not know what reasons could have triggered this and it could only have been a case of misunderstood workplace ‘banter’.