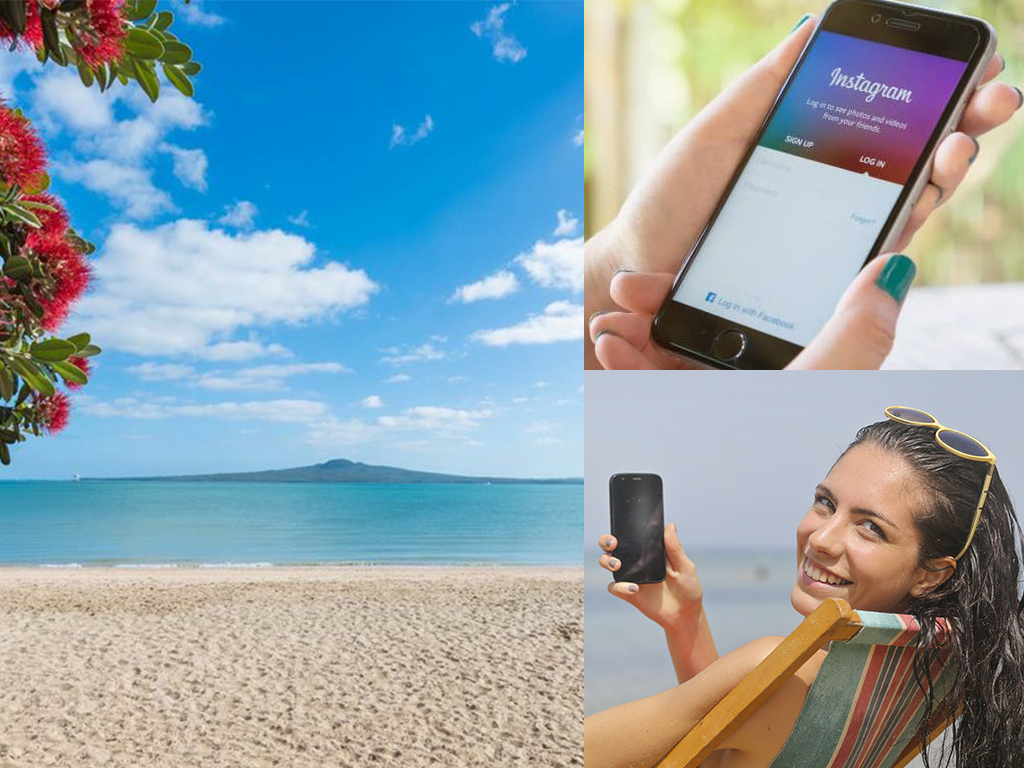 Rangitoto Island has had another dose of déjà vu today. It came about after 20 year-old Ruby Walters tagged him in her hastily uploaded photo to Instagram.

‘Ughhh” he sighed while talking to the Whakataki Times reporters.

“Ruby Walters? Who the hell is that? Oh geez, not that caption”, as he looked at a photo of himself on her Instagram .

Walters, who hails from Point Chevalier, said she was initially going to go with the caption “Daily dose of Vitamin Sea” but thought better of it as she smirked at her photo of herself taken at the waterfront haven.

“I mean, like, I could have gone with that really overdone caption for my post, but I thought I’d go with ‘High tides and good vibes’ . It really comes across as original.”

Walters, who was more than happy to keep talking if we included her Instagram handle in our story, proceeded to say that her quick stop to the idyllic suburb was really only for the photo. She didn’t actually spend more than five minutes walking on the beach and couldn’t really offer any reasons as to why Rangitoto Island was coming across  as grumpy.

“Just not having a good day I suppose? It happens to all of us, but not me” said the hopeful Instagram influencer, who then walked back to her 2017 Suzuki Swift paid for by The Bank of Mum and Dad.

Looking at the photo of herself again, Walters mentioned that she should have gone with the caption Beach hair, don’t care’, but the rest of her comments were drowned out by Rangitoto groaning again at the sight of a group of WAGs of the Blues rugby team turning up.