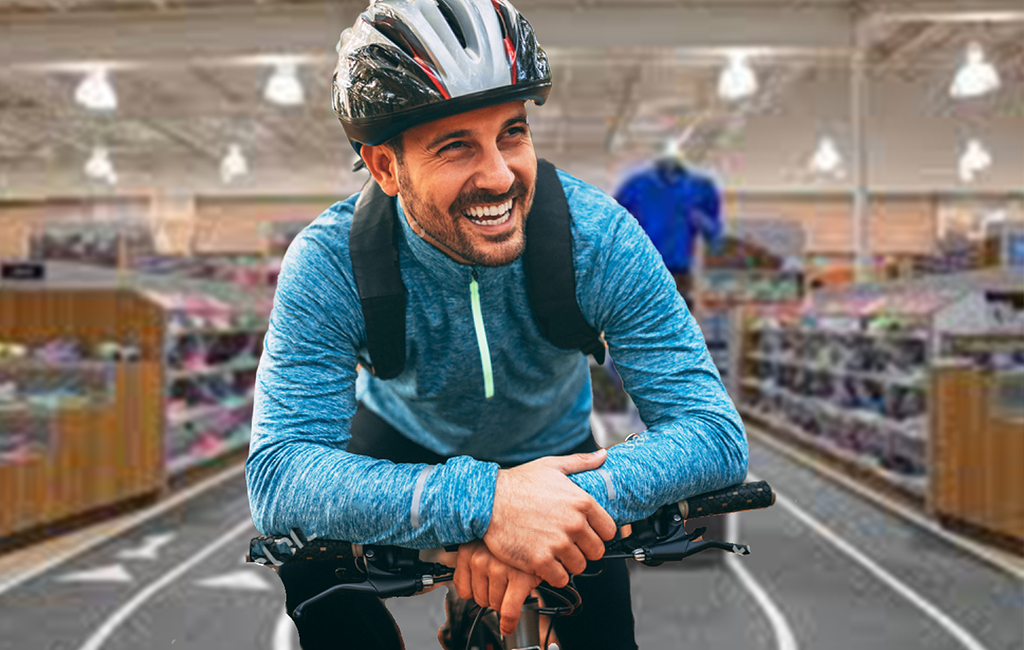 Greg Matthews’ cheeks were still sore from grinning when he burst through the door of his employer this morning.

Matthews, a retail assistant at All Sports Whanganui, was looking happier than he’d ever been, arriving earlier than usual just as petrol prices had ticked over three dollars per litre.

“Ya didn’t think about taking the bus today did ya? Might have been a bit less painful than a couple of trips here in the car,” sniggered the 32 year-old to his colleague, while still dressed head to toe in lycra.

“Well I didn’t want to arrive here drenched in sweat did I?” said fellow retail assistant Clara Nicholson, 23. She was fully aware that her co-worker was once again making a point about how he cycled from his home to work as petrol prices skyrocketed.

The Whakataki Times reporters sought comment from Matthews, who was more than happy to be interviewed about his choice to cycle to work.

“Bikes don’t need petrol to run do they?” he said with a mile-wide smile beaming across his face.

“Zero emissions and zero noise!” Matthews cackled to himself, before reporters could even ask him a follow up question.

Matthews then explained to reporters that they could catch him at a local cafe with other cyclists on any given weekend, wearing full lycra of course, assumably assaulting the eyes of the general public.

But it was Ms. Nicholson who had the final say to our reporters.

“I can’t stand these petrol price hikes, but I can’t stand that smile on his face either. I’d actually rather keep paying more at the pump than admit that he’s right.

“Yeah if I started cycling or taking the bus now then that would make him even more unbearable, so that’s not an option.

“Guess I’ll have to try and get some extra shifts.”