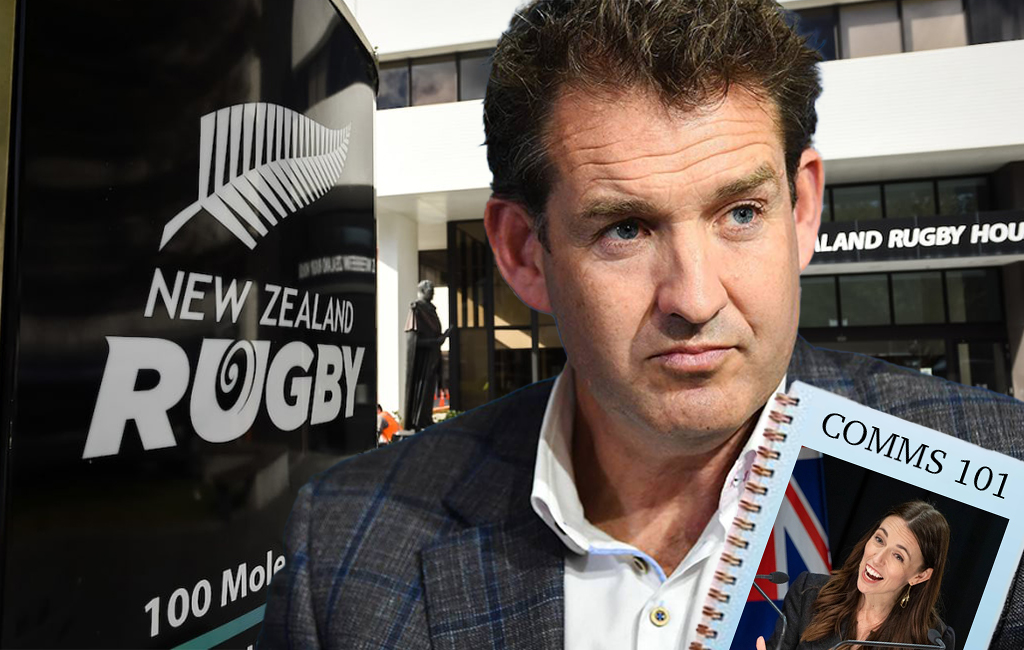 In fact, all Robinson did was announce that he would be making an announcement sometime this week with next to zero details, effectively getting it straight from the Jacinda Ardern School of Comms.

Our reporters caught up with the mastermind CEO who has so far refused to endorse coach Ian Foster.

“Just thought it would be better to say something than nothing, even if what I said meant really nothing,” Robinson said, failing to realise he just added more fuel to the fire by saying something when he really should have said nothing.

Robinson was then quizzed if he backs coach Foster.

“Look I can’t say or tell you much about that, but what I can tell you is that we’ll be having an announcement sometime this week and I thought today would be a good time to be open and transparent that we are planning on doing something,” Robinson said, leaving our reporters even more confused, as he was answering questions he really could not answer.

As our reporters left the scene they were met with sniggers from a bunch of political journalists sitting down relaxing at The Backbencher Gastropub.