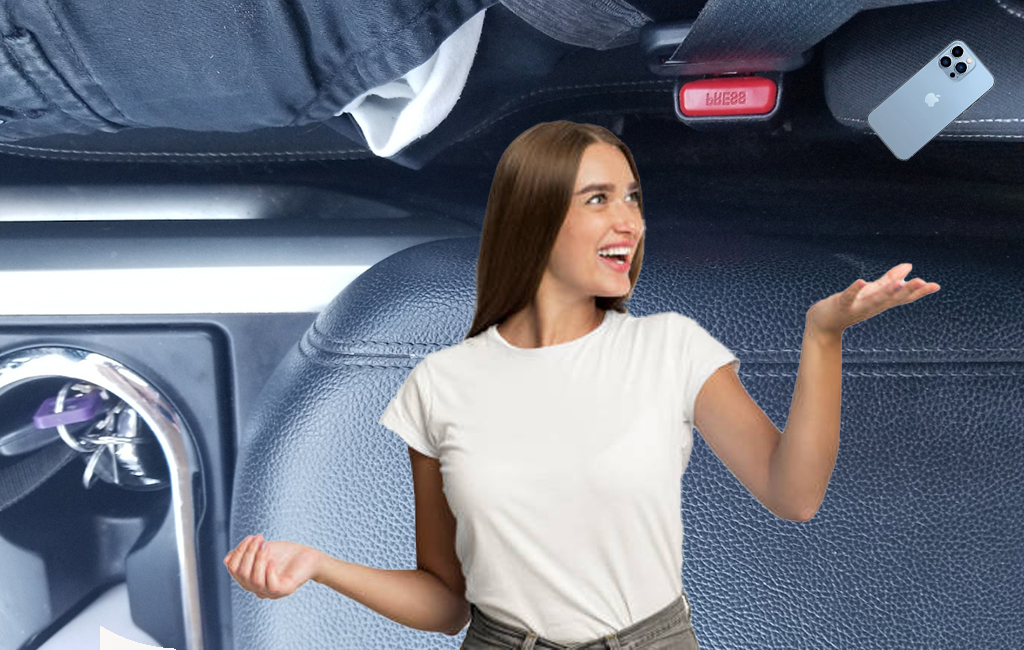 Auckland-based Hannah Hazlett is someone who always thinks she can get away with driving with her phone sitting sneakily on her lap, where she can easily look down and use it inconspicuously.

Inevitably the phone ends up sliding off her lap and hitting the floor of her car, under her seat with a loud bang, as if karma was getting the better of her for her sins.

So for the first time the 22 year-old fashion sales assistant has taken back control, choosing to biff her iPhone 13 under the seat of her 2007 Toyota Blade herself with malicious intent.

Our reporters spoke with Hazlett about her decision to take some action during the lengthy drive home to her flat in Ponsonby.

“Just decided to cut to the chase. It’s been a big relief as I’m constantly looking over my shoulder for any police officers when I’m driving. I can barely last the first few kilometres home without it sliding off my thigh with a loud thud anyway,” said Hazlett who was now fishing under her seat to retrieve the phone she’d concealed earlier.

“Honestly, karma is out to get me every time. If I’m trying to check my phone, whether it be for directions or to make sure it’s turned to low volume so I’m not distracted, it always falls under the seat,” lied Hazlett, who is often trying to check her phone for Snapchats or change a song on her Spotify playlist.

Hazlett knows she’s been a serial offender when it comes to using her phone while driving, and often gets a sudden toot from cars behind her when her car is stationary on a green light.

“Every ride home I’m literally trying to just check my phone at the lights and check my Snapchats, but when I get a sudden toot. I’d rather just half pay attention and be safely on my way home. Besides, I check my phone every minute or so and nobody’s opened my Snapchat story or even slid into my DM’s on Insta after posting something. So it’s pointless me having it on my lap anyway”.