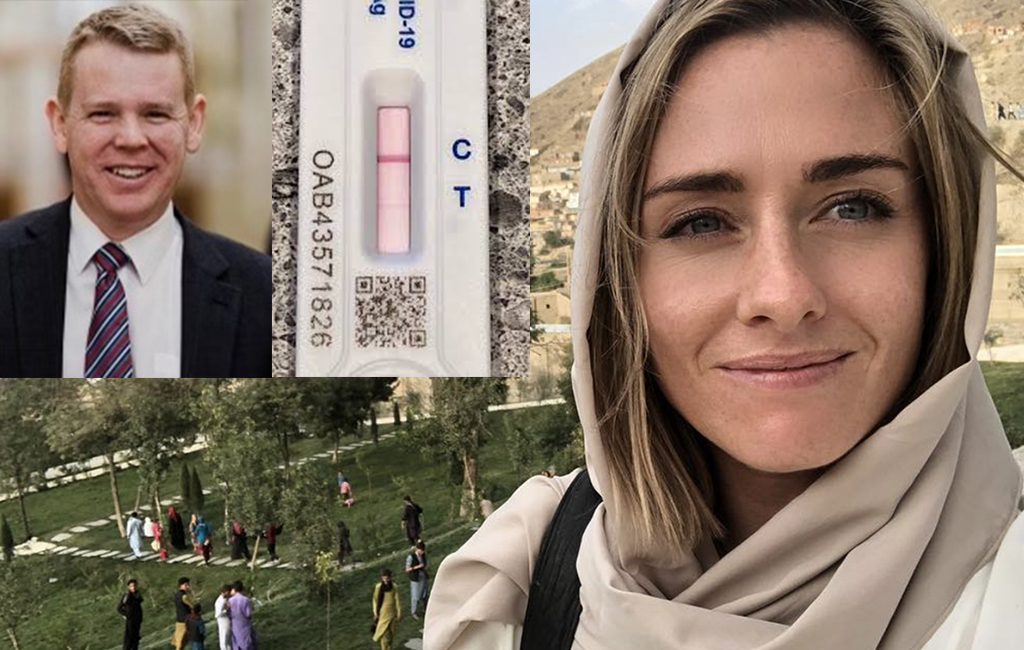 COULD HAVE USED THE TIME OFF

Covid-19 Response Minister Chris Hipkins is thinking about what could have been, after a recent RAT detected COVID-19 in his mucus sample. This comes a month and a half after the Charlotte-Bellis-Afghanistan-pregnancy-MIQ PR disaster, where he could have used a break from work.

Yesterday he tweeted a picture of his RAT, which had a barely visible line on the test side, saying “The faint line seems out of keeping with how I currently feel! Day 7 of isolation and now it’s my turn. So I’ll be clocking off for another 7 days. Take care out there everyone.”

Whakataki political editor Malcolm Felps points out that in late January this year, when the pregnant journalist Charlotte Bellis was stuck in Afghanistan due to the MIQ waiting list, Hipkins really could have used the time off.

“That was a shit of a time for Hipkins and I think he would have welcomed a spell of coronavirus just to let someone else deal with the Bellis drama”, said Felps.

“Imagine trying to defend a hotch-potch system where pregnant women can’t get out of a Taliban dictatorship unless they are able to gain media attention.

“And then even when you try to explain your side of the story you end up revealing private health information and opening the government up to a potential bloody court battle. I’d take a sore throat and a week off work any day!” said the political commentator and epidemiology hobbyist.

When asked about the faintness of Hipkins’ positive test result on his RAT, Felps was suspicious of his testing technique. “Look, that faint line just stinks of someone who’s done a half-hearted nasal swab. If you want a definite positive result on a RAT, you gotta go in real deep up the nostril. A proper brain-tickler”, he graphically described.

Hipkins was not available for comment, presumably because he was making the most of his time spent luxuriating in his deliciously infectious disease.