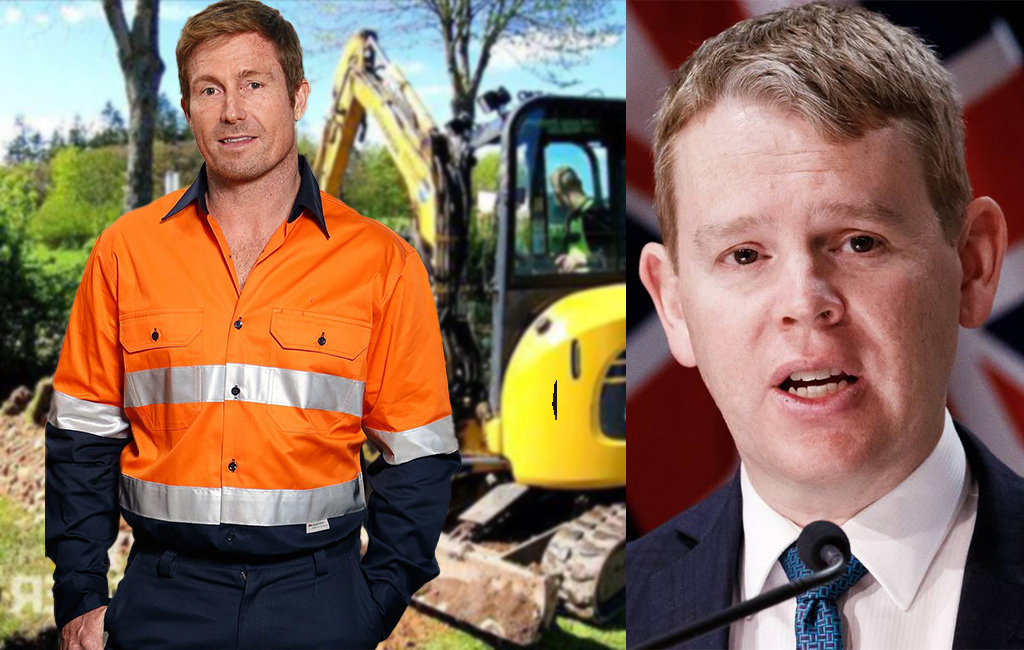 Whakataki Landscaping owner-operator Troy Sullivan has allegedly been in touch with COVID-19 Response Minister Chris Hipkins after he demonstrated a seemingly effortless ability to dig himself a colossal hole.

This follows Hipkins’ mishandling of the Charlotte Bellis MIQ debacle.

Sullivan, 48, said he’s never seen someone dig themselves such a big hole so efficiently before, and is keen to get Hipkins on the tools as soon as possible. “The guy’s a machine! He’s dug a massive hole just by talking! Imagine what he could do with an excavator!” exclaimed Sullivan.

“To be honest a spade might be all he needs. I’ve got a backlog of jobs to get done and I need an extra pair of hands. The ground’s pretty hard over summer but I don’t think it’d worry this kid, he’s that good!”

Not only did Hipkins manage to insult pregnant, kiwi, stranded-in-Afghanistan, journo Charlotte Bellis by suggesting she hadn’t taken her MIQ application seriously, he’s also allegedly breached her privacy by publicly revealing details of her consular assistance without her permission.

Bellis is now considering legal action against the government.

The local landscaper is sure that Hipkins must be looking for work and is confident he can lock him in by the end of the month. “Surely he’s not going to be sticking with the covid stuff for much longer because he clearly just loves digging holes too much. And there’s nothing wrong with that!” he said reassuringly.

“Come and work for me Chris, I’ll look after ya!”