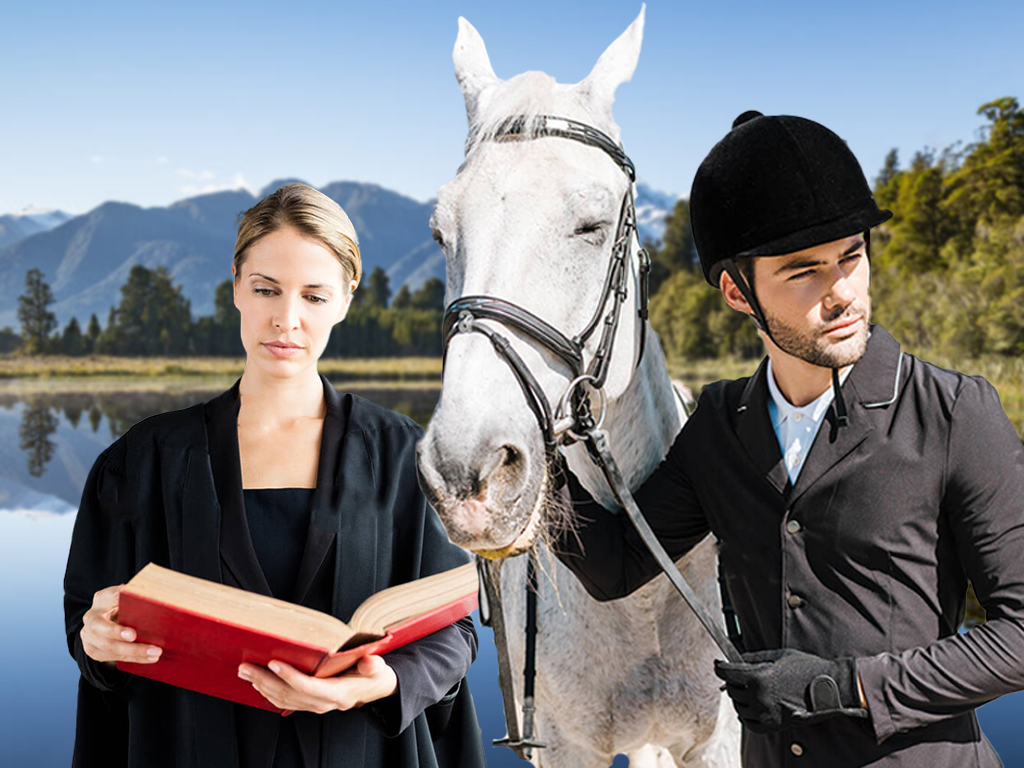 Whakataki locals were shocked to find out this week that a very well-off couple from Auckland, who blatantly broke lockdown rules by taking a private flight to the Whakataki lakes district, had managed to get away with minor fines.

35-year-old property investor and horse enthusiast, Wilson Willeston was convicted and fined $750, and his 26-year-old partner Anna Rosenbergly (an up-and-coming corporate lawyer) was ordered to give $500 to charity.

Whakataki finance expert, Pat Silverstein says that it is unlikely that Willeston’s fine will plunge him into bankruptcy. “I think Wilson will be okay eventually and I’d say that Anna will probably not have to sell all her worldly possessions to make her $500 donation.

“Like everyone I’m just really shocked and flabbergasted that a pair of rich, privileged Aucklanders didn’t receive the maximum penalty for obviously breaking the law. I’ve still got a sore jaw from when it hit the ground.”

Upon hearing the court’s decision over the radio, three regular patrons at the Whakataki Hotel simultaneously fell off their bar stools in surprise.

“What?! The law isn’t being applied equally regardless of a person’s wealth or social status?! What a staggering revelation!” remarked John Allen, owner-operator of Allen’s Stereo and Hi-Fi.

“Wow, I can barely believe it” said Jane Clementine, a ladies’ underwear salesperson originally from Palmerston North. “Because I actually thought that they would get the maximum $4000 fine for, y’know, flippantly assuming that the rules didn’t apply to them and betraying the rest of New Zealand”.

David Barnsworth, Chief Operating Officer at Whakataki Bus and Tramways, said that he was approached by the Ministry of Justice to supply a wet bus ticket to slap the Auckland pair’s wrists with. “Unfortunately we had to turn down the request because last year we moved to only accepting pre-paid ‘snapper’ cards”.

ACC have also reported that following the news of the court’s decision there has been a spike in injury claims from people falling off their chairs in astonishment.