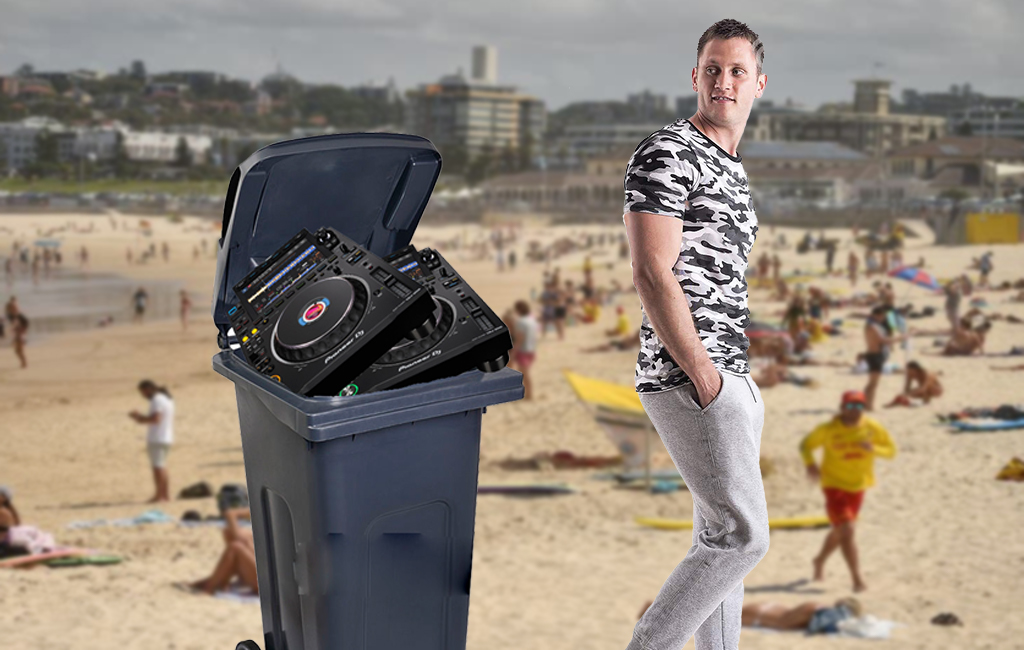 Ex-pat Kiwi Aaron Sampson, 24, has abruptly disposed of his four day-old turntables and mixer after news that New Zealand will open its borders to Kiwis living abroad. He is just one of thousands of Kiwis that will no longer have to transform themselves into DJs in order to gain entry into the country.

“Oh man, I was just finalising some deals with music promoters on the Shore back home. Could’ve been two birds with one stone – get a sweet gig and get to skip the M-I-Queue”, laughed Sampson aka DJ Azza, who hails from the North Harbour but has called Sydney’s Bondi Beach home for the past six years.

DJ Azza wasn’t the only one with mixed emotions after the Government’s sudden U-turn. The Whakataki Times also caught up with Becky Clarke, 26, who has been fighting to get home from New York for the past two years.

“Ha, I’m kinda gutted actually as I just made my Insta page called ‘Bass Beast Bex’ and I was hoping the two weeks in MIQ would give me enough time to practice before my first gig. Anyway, do you know of anyone who’d be keen to hear my failed mixes on SoundCloud, or buy my decks and mixer?”

DJ Azza also explained how he wasn’t that keen on getting crucified by New Zealand’s media for gaining entry to the country purely because he was a performing DJ.

“Well that was one deterrent, but what choice did I have? I guess it’s nice to just be able to return to New Zealand as a permanent resident and citizen, rather than swanning in on the basis that I’m a relatively unknown electronica artist.”

The Whakataki Times also received a reply from online auction site eBay, who explained that their website nearly crashed after an unexpected spike in people looking to sell unneeded DJ equipment.