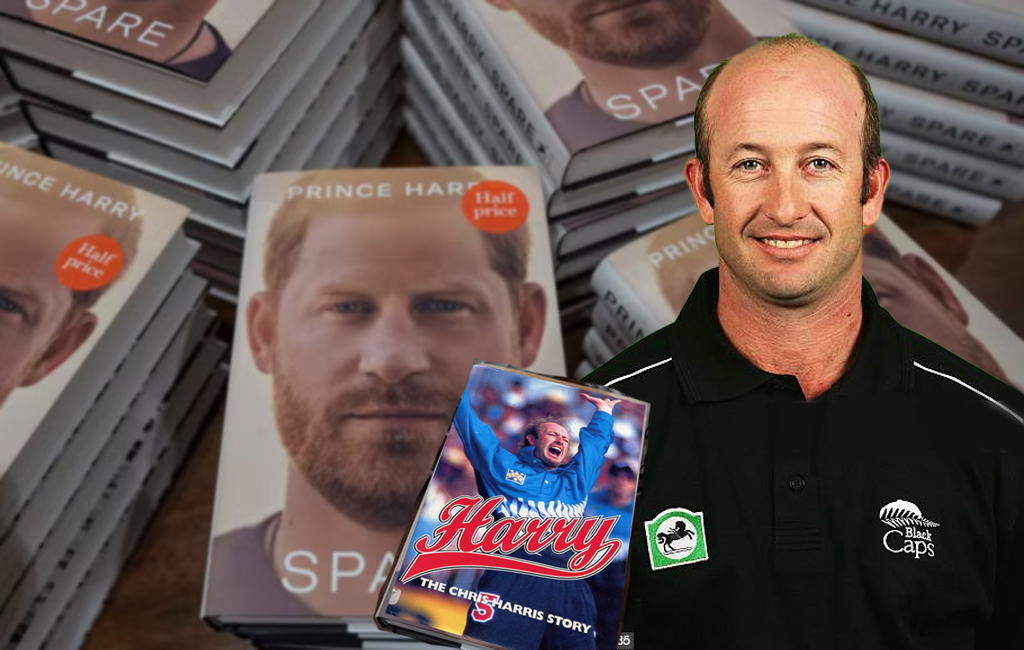 WILL THE REAL PRINCE HARRY PLEASE STAND UP?

There was disappointment among New Zealand cricket enthusiasts today.

A release of a new memoir called ‘Spare’ has now been revealed to actually be about the life of the Duke of Sussex, Prince Harry, a ginger man originally from the UK who now lives in Canada, and not the legendary Blackcap, Chris “Harry” Harris.

“Yeah I’d heard all about Prince Harry’s new book and I was going past Whitcoulls and poked my nose in to have a quick read of it. But then I saw that ginger guy on the front cover of the book and thought ‘Urgh it’s about that Harry…’” said Blake Stevens, 33, who was hoping to read all about Chris Harris’ 250 ODIs for New Zealand.

Harris was a staple in the New Zealand side in the 1990’s and early 2000s. The now 53 year-old became an icon as a lower order batsman who would often get his country out of trouble, and who often took key wickets with his looping slow-medium deliveries. So it would make sense that this new book would be a follow up to the 1999 book, Harry: The Chris Harris Story.

Yet many were disappointed to find out that “Spare” is actually the story of that moany bloke from the royal family who keeps saying he doesn’t want to be in the royal family.

“I mean, what is this book even about? I switch off whenever someone brings this guy up. The Prince Harry that I want to read about is the one that represented his country hundreds of times on the international stage, not to mention being an extremely talented dancer on Dancing With The Stars. What can’t the man do?” said Tara King, 29, who was a huge fan of Harris in the late 1990s as a child.

As our reporters sought more comment from Whitcoulls shoppers, many were exiting the store in a generally confused state after coming to the realisation that the book was not about kiwi legend Chris Harris, but was instead about a UK man who has blown out with his family.