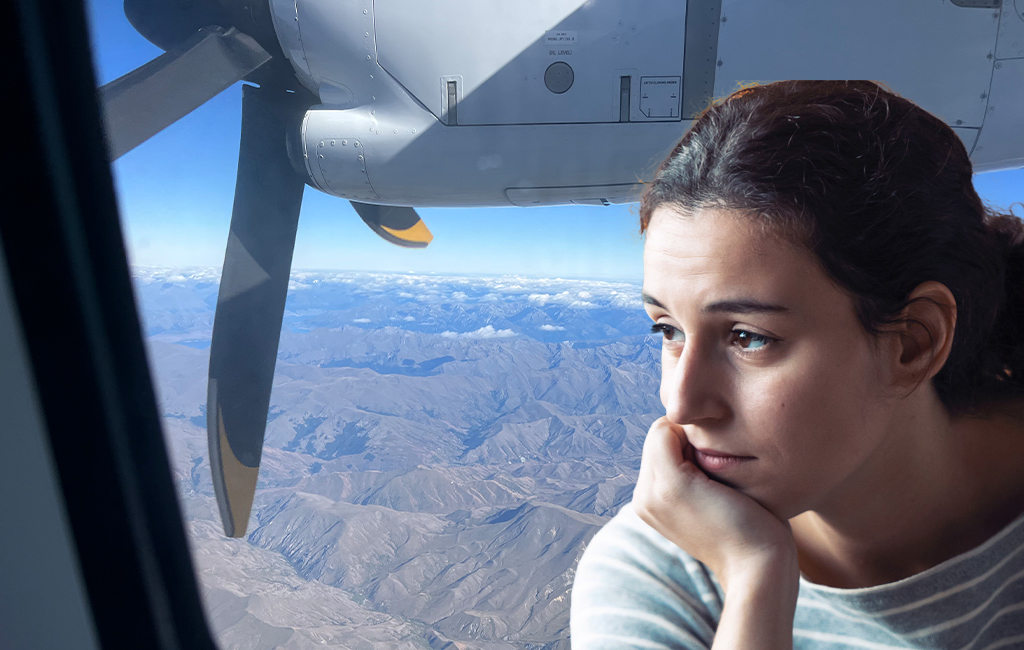 Holly Carrigan, 25, missed a golden opportunity this morning. She had the chance to deliver top quality pre-holiday content to her numerous instagram followers, which would have been the perfect start to her trip to Queenstown – but she absolutely blew it.

As she sat on the Air New Zealand plane that had just taken off from Wellington, signalling the start of her 10 day adventure, all Carrigan needed to do was point her phone out the window, take a photo, and hit ‘share’. We caught up with the distressed traveller to find out where it all went wrong.

“I don’t know what happened! This is the sort of photo that I usually just take instinctively, without even thinking about it. Normally this would be the most natural thing in the world,” explained a confused Carrigan.

“Something must’ve just been a bit off, you know? Like the normal routine of hopping on a flight was somehow disrupted.

“Actually now that I think of it, I was sitting in the window seat, with my phone out, about to take the money shot, when a very loud woman sat down next to me and was yakking on her phone,” she explained.

“It threw me off completely. I just got distracted by this loud woman’s phone conversation. The flight attendant just about had to fight her to put the phone away before the plane took off.

“Anyway, the point is, I completely forgot to take the photo out the plane window because I was preoccupied with a long-winded story about someone called Shelly and her new boyfriend. Bad start to the holiday!” she ranted.

The Whakataki Times can confirm that on her first day in Queenstown Ms Carrigan plans to post a picture of herself and a friend in great big puffer jackets at The Ice Bar.