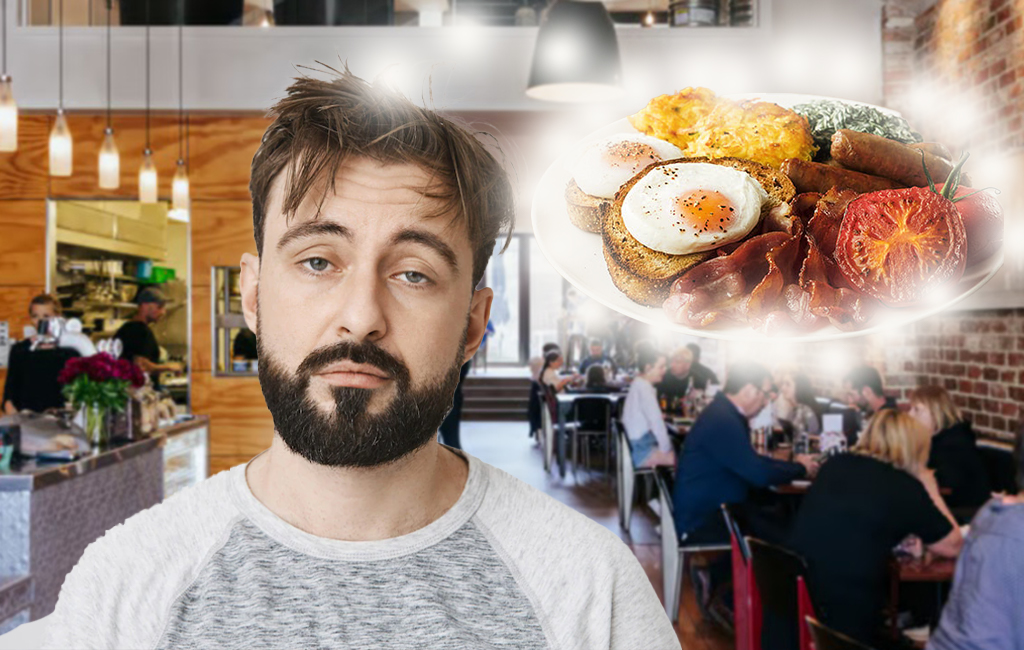 “JUST THE BIG BREKKIE FOR ME THANKS”

Liam Hunt was certain about one thing this morning.

That was he knew he’d be ordering whatever big breakfast option the menu provided at Wanaka’s Urban Grind Eatery & Bar.

The certainty comes after the 29 year-old spent last night with a group of mates who were in the holiday destination for a stag do. That meant Hunt has shown up visibly hungover to the popular eatery on minimal hours sleep, and in need of a large greasy feed.

Our reporters were with 20 year-old waitress Sophie Woodham, who was doing the table rounds.

“Ah yep, we get a few big brunch orders at this time of morning haha. Especially from tables like this one,” Woodham said as she headed to the table with four very hungover looking blokes who were clearly from out of town.

Opening up her notepad she automatically just began to write down ‘Big Breakfast’ as she did her round of the table.

“Seriously, I don’t even know why I drop off menus. They don’t really open them, nor look at all the other decent options we offer. It would be weird if they ordered waffles or nice petite eggs benedict wouldn’t it?”

Taking down three straight orders of the menu’s ‘big breakfast’, Woodham then came to Liam.

“Yep and for you sir?” She said, startling Liam who looked the most hungover out of the four.

“Ah, yeah just the big brekkie for me thanks” Liam responded while making minimal eye contact.

“Is that all?” Woodham questioned, hinting that he might also need a coffee as he looked extremely sleep deprived.

Getting no response Woodham just added a flat white to his order as he wouldn’t even question it when it arrived.