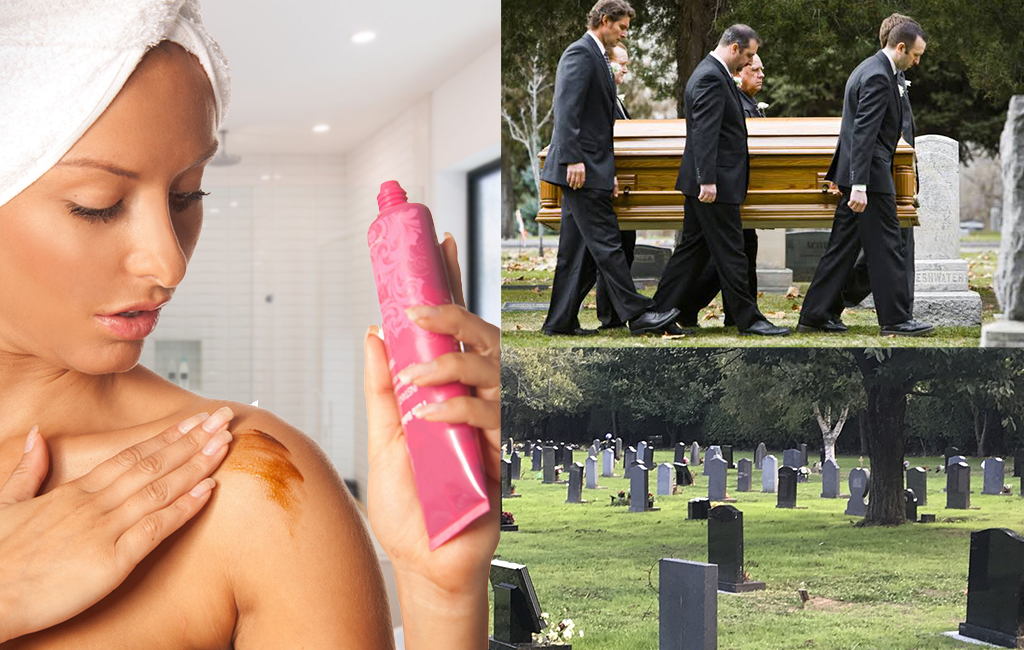 Whakataki local Sophie White, 21, has pronounced herself dead after making a complete hash of applying fake tan to her body.

White was looking to be fully brown ahead of a weekend of music festivals and night clubbing, but will now start a completely new life in the South Island and assume a new identity after refusing to embrace her deplorable fake tan attempt.

“I had no choice, look at the state of me? People would rather me be dead anyway. R.I.P me” said the fashion shop assistant.

The Whakataki Times reporters attempted to seek comment from friends close to Sophie about her untimely death, but were only met with a barrage of Snapchats with crying laughter emojis.

“I literally cannot. Literally me” – Willow

When White was pressed further about why her attempted tan was smudged, patchy, uneven, drip marked, and made her look more orange than brown, she explained the epic fail.

“I didn’t exfoliate yesterday and fake tan lines just cling to dry and flaky skin! Ughh!!  And I didn’t even have a tanning mitt! Look at my hands!” she lamented in a frightening tone.

Sophie, seemingly not concerned that her entire family and close friends would have received news of her ‘death’ by now, exclusively told the Whakataki Times reporters she would be changing her last name to Brown as she begins a new life in Christchurch.